Gun Freedom Radio
GunFreedomRadio EP38 Legal Eagles
Theme: Legal Eagles Hour #1 Guests: - Michael Kielsky – a litigator focused on criminal defense, and protective order matters in the state of Arizona. - James M Marovich – a Self-defense Lawyer here to help us understand the legal ramifications of self-defense as well as the benefits of establishing an attorney-client relationship from the moment that you decide to carry a firearm for self-defense. - Alan Korwin – prolific writer, owner of Bloomfield Press and leading expert in United States gun law

Alan Korwin is a columnist for Townhall.com and TheDailyCaller.com, national news websites.

Alan is also the owner of Bloomfield Press, the largest producer and distributor of gun-law books in the country. He also writes as “The Uninvited Ombudsman” on his Blog titled “Page Nine” on Gunlaws.com.

Alan has been a freelance writer for over 30 years, and his first book, the Arizona Gun Owner’s Guide, is in its 26th edition.  He has written several books, among them Gun Laws of America, Supreme Court Gun Cases, The Heller Case: Gun Rights Affirmed! and his book on free speech, about the (at least) 186 things you can’t say anymore, entitled, Bomb Jokes at Airports was published in 2011.

His newest book is Your First Gun, for people new to gun ownership, and for gun owners to give to their gunless friends.  Alan also has headed up the Guns Save Lives awareness campaign.  And he is a watchdog over the “slick tongues” of our elected officials.

Search his name via your favorite Search Engine for some fascinating reads.

Attorney James Marovich is an Attorney, Firearms Instructor, Arizona Ranger, and appears on TV’s Stop The Threat seen on the Pursuit Channel.

James practices all manner of law, including being a Self-defense Lawyer. Knowing whether to use a firearm in defense of yourself or in defense of another is not an easy question to answer. When a threat to you or a loved one of serious physical injury is imminent and you have only seconds to make a decision that could have lifelong legal consequences. Mr. Marovich helps us understand the legal ramifications of self-defense as well as the benefits of establishing an attorney-client relationship from the moment that you decide to carry a firearm for self-defense.

James also has appeared on Stop The Threat, which televises reenactments of self-defense shootings.  After viewing the events portrayed in the reenactments, the three-panel members discuss the events and talk about what could have been done better and differently.  The three-panel members are typically comprised of current or former law enforcement, firearms instructors, and an attorney.

James will be appearing in five episodes of the new season that begins on June 29, 2016 on the Pursuit Channel on 604 and DISH carries it on 393.

To learn more, check out http://stopthethreat.tv.

Michael Kielsky is a litigator focused on criminal defense, DUI defense, and traffic tickets, including photo radar. Additionally, Mr. Kielsky represents victims of crimes navigating the criminal justice system, as well as clients in administrative hearings before boards and administrative law judges, and in protective order matters in the state of Arizona.

Mr. Kielsky is a 1984 graduate of Grand Canyon University, in Phoenix, holding a Bachelor of Science in Computer Science.

For 15 years, Mr. Kielsky was employed in a variety of roles in technology, including Software Engineer, Business Analyst, and Manager of Engineering, at well-known companies in industries such as aerospace, communications, defense, finance, and technology.

Mr. Kielsky has developed a reputation for challenging photo radar citations, and has taught numerous Continuing Legal Education classes to other lawyers on the practical and legal foundations to achieving success in such cases.

Active in politics when not busy helping clients, Mr. Kielsky is Chairman of the Arizona Libertarian Party, Arizona’s third-largest party, and has been a candidate for office, running for US Congress in 2004, and for Maricopa County Attorney in 2008, 2010, 2012, and for the State House in 2014.

Mr. Kielsky was born in Germany, and moved to Phoenix in his high school years. He enjoys playing recreational soccer, often playing on co-ed teams with his wife, Rachel.

Having graduated from the Thunderbird School of Global Management – located in Glendale, AZ and one of our country’s top-ranked international business schools for over 70 years, Craig has had the opportunity of working and living abroad in Europe and Asia during the course of his business career in the automotive industry. 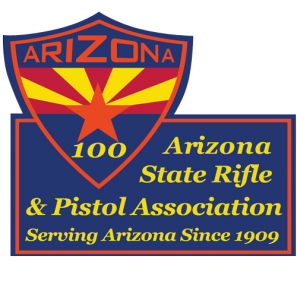 Now residing in Scottsdale, AZ, Craig is a NRA Life Member who has served on the Board of Directors of the Arizona State Rifle & Pistol Association for several years, and at the organization’s most recent Annual Meeting was elected President. Craig’s primary focus at ASRPA is Marketing and how to grow membership and increasing awareness and participation in all of ASRPA’s programs.

Gayle Trotter, who is a columnist, political analyst and attorney who regularly appears on TV, most recently on Fox News Channel’s The Kelly File and in print writing for The Hill, The Daily Caller, Townhall and other well-known political websites.

Gayle testified at the Senate Judiciary Committee Hearing on Gun Violence, in January 30, 2013, representing the Independent Women’s Forum, Senior Fellow Gayle Trotter assets Second Amendment rights for women. Her argument stirred up much interest as she spoke of Gun-Control as being anti-woman, sexist, disproportionately victimizing women and the tools of self-defense, firearms, as the great equalizers.

Vicki Kawelmacher is a strong supporter of the Constitution and protecting our rights to protect ourselves. She values her family, her freedom, her rights and her safety. Vicki’s story and her messages are not about what she does; they have become who she is. Her goal is to teach women and men the art of developing a personal safety plan to help minimize ones chances of becoming a statistic.
What propelled Vicki to become a staunch supporter of personal safety was a series of events that began in 2004. Vicki and her husband were accosted while sitting on a beach. In 2007, their 10-year old daughter barely escaped an abduction in their ‘kid-friendly’ neighborhood. In 2008, their 28-year old son was a victim of a home invasion he barely survived. Were these incidents sheer coincidences or signs of a calling?
In January 2008, Vicki founded the Women’s Shooting Academy (WSA) in Reno, Nevada. Several years later Vicki went on and founded the Women’s Safety Academy, realizing the need to expand her services and message. Vicki and her colleagues have trained thousands of women and each one has a personal story of how their safety was compromised, but after taking the classes they now feel empowered.
Vicki hopes to foster the warrior within every woman and teach them the gift of self-preservation. WSA continues to garner wide interest from the media and has plans to become the premiere training academy for the entire western United States.
Vicki likes to call herself a pretty simple gal.  Vicki enjoys life and the people that she chooses to share it with.  Vicki is happily married to a guy named Tim…they do life well together.  Her children mean the world to her and are a huge driving force to all she does.

Help Me Help Her

Vicki likes to say: “One woman can make a difference; many women can start a movement” and “Don’t say you can’t or you won’t”

– Michael Kielsky – a litigator focused on criminal defense, and protective order matters in the state of Arizona.

– James M Marovich  – a Self-defense Lawyer here to help us understand the legal ramifications of self-defense as well as the benefits of establishing an attorney-client relationship from the moment that you decide to carry a firearm for self-defense.

– Gayle Trotter  – a columnist, political analyst and attorney who testified at the Senate Judiciary Committee Hearing on Gun Violence, in January 30, 2013 explaining how Gun-Control is anti-woman, sexist, & disproportionately victimized women.

– Craig Joyner – newly appointed Vice-President of the Arizona Rifle & Pistol Association, which is the AZ arm of the NRA.