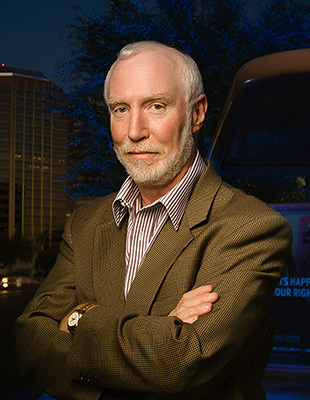 Alan Korwin is a columnist for Townhall.com and TheDailyCaller.com, national news websites.

Alan is also the owner of Bloomfield Press, the largest producer and distributor of gun-law books in the country. He also writes as “The Uninvited Ombudsman” on his Blog titled “Page Nine” on Gunlaws.com.

Alan has been a freelance writer for over 30 years, and his first book, the Arizona Gun Owner’s Guide, is in its 26th edition.  He has written several books, among them Gun Laws of America, Supreme Court Gun Cases, The Heller Case: Gun Rights Affirmed! and his book on free speech, about the (at least) 186 things you can’t say anymore, entitled, Bomb Jokes at Airports was published in 2011.

His newest book is Your First Gun, for people new to gun ownership, and for gun owners to give to their gunless friends.  Alan also has headed up the Guns Save Lives awareness campaign.  And he is a watchdog over the “slick tongues” of our elected officials.

Search his name via your favorite Search Engine for some fascinating reads.

Places you can find Alan Korwin