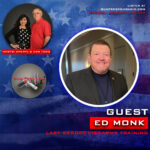 Our guest today is Ed Monk. Ed is the Owner of Last Resort Firearms Training. With experience as a law enforcement officer, schoolteacher, firearms trainer, and Army officer, Ed has researched and provided training on the Active Killer threat for over 14 years. He has trained School Resource Officers and other Law Enforcement Officers, armed […] 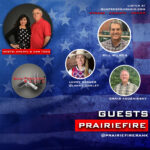 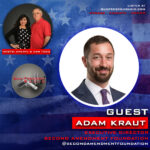 GunFreedomRadio EP392 The Future of the 2A with Adam Kraut – Originally Aired 11.2.22

Our guest today is Adam Kraut. Adam is the Executive Director of the Second Amendment Foundation. He is an attorney who has been practicing law in firearms related matters since the Fall of 2014 and has represented individuals, industry members, and pro-rights organizations in state and federal courts, as well as administrative matters. #1) Congratulations […] 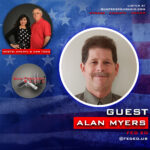 Our guest today is Alan Myers, who is a San Diego CPA and forensic accountant. For over a decade, he has dedicated himself to researching, studying and analyzing the Federal Reserve System, banking and the national debt. 1) We are hearing more and more about a Federal Digital Monetary system. This could lead to a […] 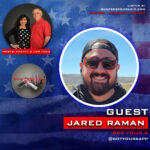 Our guest today is Jared Raman. Jared is the owner of “Got Your 6” – a mobile app designed to assist gun owners with organizing with like-minded people in their community to help push back on tyranny in all of its forms. Jared has been a 2A lobbyist/activist in the state of Nevada and created […]