Gun Freedom Radio
GunFreedomRadio EP132 The M Word, Originally Aired 10.20.18
Hour #1 Guests: Ashley Hlebinsky - one of the leading firearms historians in the country. Ashley has dedicated her life and career to the study of weaponry. She is currently the Chief Curator of one of the largest firearms collections in the country, the Cody Firearms Museum, in Wyoming. And she is one of the judges on the new competition series “MASTER OF ARMS” that premiers Friday, November 2 on the Discovery Channel. Emily Valentine - the founder of Style Me Tactical, a concealed carry lifestyle blog, and host of the Not Your Average Gun Girls podcast. And, Emily is also featured on season five of NRATV's Love At First Shot. Christopher Flowers - likely in-studio guest the Founder and President of Vets4Biz. Chris is a US Air Force and US Army Veteran who served as a Security Specialist and 13F (Forward Observer) in Operation Desert Storm. His new mission is to help promote business owned and operated by fellow Military Veterans.

Ashley Hlebinsky is the owner of The Gun Code, LLC – Firearms History & Industry Consulting. Ashley is an expert witness, a historian and former curator to the Cody Firearms Museum. Ashley testified at the 2021 Senate Judiciary’s Subcommittee on the Constitution, in a hearing titled: Stop Gun Violence: Ghost Guns.

Ashley is one of the nation’s foremost authorities on firearms history.  Recently, she served as  both Curator of the Cody Firearms Museum (CFM) and Project Director for the museum’s multimillion dollar renovation that reopened in July 2019. Due to her and her team’s efforts, the museum has received positive reviews from both gun and mainstream media and is seen as the premiere gun museum in the world that fosters dialogue for a range of diverse audiences

Additionally, Hlebinsky is a highly sought-after museum consultant, guest speaker, writer, expert witness in the US and Canada, and a television host and producer.

In 2018, she founded the first academic association in the United States for the study of firearms history. As a historian who remains apolitical, Hlebinsky holds a unique niche in the field of firearms, engaging with many communities, including industry, academic, and media. She actively works to increase the level of scholarship in the United States to help create a better understanding of guns for the public. This work directly impacts legislation as well as university curriculum.

In response to her public education, she was awarded the NSSF/POMA Shooting Sports Communicator of the Year award and recently accepted the position of Curator Emerita and Senior Firearms Scholar at the CFM – an honor typically reserved for the end of one’s career – as well as Adjunct Scholar of Firearms History, Technology and Culture for the Firearms Policy Coalition, so that she can continue to expand her advocacy beyond the walls of the museum.

Ashley also has many TV credits to her name, including in 2018, when she joined a panel of celebrity judges for the Discovery Channel competition series, “Master of Arms”.

Christopher Flowers, Founder and President of Vets4Biz. Chris is a US Air Force and US Army Veteran who served as a Security Specialist (Military Police) and 13F (Forward Observer) in Operation Desert Storm.

From Chris: “I am a highly motivated individual, who has had a deep dedication to my team. Although my military training does not correlate to business my 23 years in the financial industry do. I have always had a strong team and relationship building ethic, and now I want to share my business skills with you. One thing I understand is that you as a business owner can not be everywhere you need to be at one time. Marketing is second only to sales in revenue production, THAT is where Vets 4 Biz can help YOU PRODUCE WE PROMOTE WE GOT YOUR 6!

VETERAN BUSINESS OWNERS: Our Mission is to help you GENERATE REVENUE! We want to provide a more proactive promotional approach to your business. Our “Air Strike” will be launched throughout social media, followed by ground assault of networking and word of mouth and referrals. Vets 4 Biz is by far the most AGGRESSIVE promotional campaign you will find for your business, the motto YOU PRODUCE, WE PROMOTE, WE GOT YOUR 6 means you do what it is you do, DELEGATE the promotion to Vets 4 Biz, you STAY ON MISSION WE GOT YOUR 6!

We are more than just a promotion and social media marketing company. Vets 4 Biz is evolving into a full service business consultation company. We align the resources Veteran Business Owners need from lending, retirement, payroll, HR, healthcare and more. We have nearly 30 years in the business financial management field with networking in many more essential fields you will have access to as a member of THE UNIT! 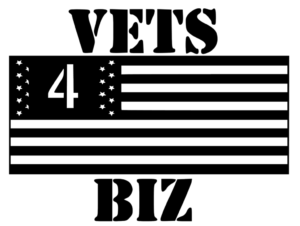 Emily Valentine is the founder of Style Me Tactical, a concealed carry lifestyle blog, and host of the Not Your Average Gun Girls podcast. Emily created Style Me Tactical because she saw the need for a necessary mindset and lifestyle shift in how women see self-protection. Style Me Tactical is the first of its kind. It is more than just a lifestyle blog. It is a resource and a community founded on the principle that women shouldn’t have to sacrifice their personal style to be self-reliant.

Emily believes that you don’t have to sacrifice your style in order to be self-reliant. With Style Me Tactical, she has created a community for women to become inspired, informed, and encouraged to live a lifestyle where being prepared and having the ability to defend oneself can coexist with a woman’s desire to be fashionable.

Emily is also featured on season five of NRATV’s Love At First Shot.

The Not Your Average Gun Girls Podcast hosted by Emily Valentine of Style Me Tactical and Amy Robbins of Alexo Athletica :

“We aren’t your average gun girls and want to bring you a podcast that mirrors the way we live our lives. We are self-reliant, stylish, and eager to inspire women to feel confident in defending themselves with a gun while also staying true to their lifestyle. We will be talking all things concealed carry to our favorite lipstick and everything in between. This podcast is intended to support and empower women and arm them with the right tools and education to be self-reliant and prepared to act in their own self-defense.”

Gun Freedom Radio
GunFreedomRadio EP132 The M Word, Originally Aired 10.20.18
Hour #2 Guests: - Derek LeBlanc - the founder and president of the Kids S.A.F.E. Foundation, with the goal to educate children and families on firearm safety and accident prevention. - Karen Hunter - is a Freelance Writer/Senior Editor / Firearms Instructor, Senior Range Officer at Force Options Tactical Training and Security. - Drew Berquist - the Editor-in-Chief for OpsLens.com and the host of CRTV‘s Experience Matters with Drew Berquist. Previously, he served as a counterterrorism officer for the United States Intelligence Community, where he performed more than thirty deployments to Iraq and Afghanistan. Responsibly Armed Citizen Report Dan’s Calm-mentary

Derek LeBlanc, is the founder and president of the Kids S.A.F.E. Foundation, with the goal to educate children and families on firearm safety and accident prevention.

In the Kids S.A.F.E.program, children are taught the basic safety rules that empower them to make safe and responsible decisions if they ever come across a unsecured firearm. While the foundation primarily does focus on the accident prevention side, they do follow up classes at local ranges to reinforce the important safety principles that they teach with rimfire rifles. This gives kids the knowledge and confidence that they need to hopefully never have a accident. You can find out more information about their programs on their website kidssafefoundation.org .  ZERO Firearm Accidents is the only acceptable goal!!

Drew Berquist is the Editor-in-Chief for OpsLens.com and the host of CRTV‘s Experience Matters with Drew Berquist. Previously, he served as a counterterrorism officer for the United States Intelligence Community, where he performed more than thirty deployments to Iraq and Afghanistan.

Drew served as a counterterrorism officer and senior intelligence consultant for the United States Intelligence Community, where he performed more than thirty deployments to Iraq and Afghanistan to conduct operations.  He received specialized training from multiple intelligence agencies, including the CIA, DIA and NSA.

Berquist speaks to audiences and comments on national security and political matters.  He has been a guest on FOX and Friends, Lou Dobbs, Dennis Miller and a number of other shows throughout the country. Follow Drew and his staff of Veteran contributors on Facebook at Facebook.com/OpsLens or on Twitter at @OpsLens.

Karen says of herself, “I am a contributor to several national magazine publications, both digital and print. I am a Firearms Instructor and strong 2A advocate with a passion to help people understand how and why they should carry. And, I am a lifelong student with a teachable spirit.”