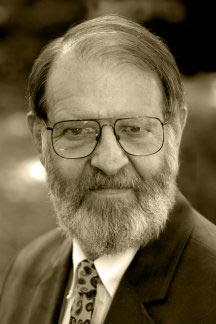 Chris Bird, Author of Surviving A Mass Killer Rampage: When Seconds Count The Police Are Still Minutes Away & Thank God I Had A Gun.

Chris has been a journalist for 35 years and a handgun shooter for more than 50. He was born in England and his interest in shooting has steered him through the bureaucratic red tape of owning handguns in England, Canada, Australia and the United States. As a commissioned officer in the Royal Military Police of the British Army in the 1960s, Bird was stationed in Berlin, West Germany, and Belgium, serving as company weapon-training officer and winning awards for shooting in competition. After leaving the military, Chris became a journalist and worked as a crime and investigative reporter in both Vancouver & Texas…and with that kind of background and experience he has a unique voice when it comes to our topic today and the fears we face as news of jihad being waged in Paris and San Bernardino. We met Chris at the 2015 Second Amendment Foundation Gun Rights Policy Conference (GRPC). 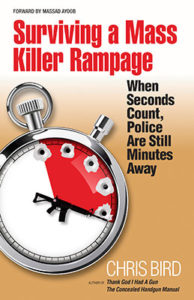 Surviving a Mass Killer Rampage:
When Seconds Count, Police Are Still Minutes Away, by Chris Bird

Places you can find Chris Bird