Cam Edwards is originally from Oklahoma City, Oklahoma, where he worked in morning drive-time radio. He grew up in a gun-free household (Edward’s mother was a Kennedy Democrat). Becoming a husband and a father in his mid-20s persuaded him to buy his first firearm for protection. When asked how many guns he owns, Edwards has joked, “Less than 42.” He is currently the host of the “Cam & Company” radio show at NRA News. He lives on a 40-acre farm with his family in Farmville, Virginia.

Edwards is also a shooter and a parent who is teaching his kids to be safe and responsible when it comes to firearms. “I’ve come to realize that we’re not just fighting for our right to keep and bear arms,” says Edwards, “we’re fighting for the right to raise our children as we see fit.” 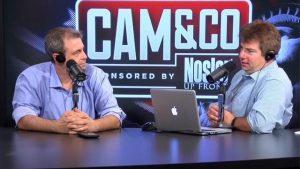 Hosted by Cam Edwards, Cam & Co is a three-hour show featuring news and views of the Second Amendment and other freedom-related issues. Tune in for interviews with NRA leaders, newsmakers, politicos, journalists and congressional leaders. It’s in-depth commentary and analysis you won’t find anywhere else.

Cam & Co airs from 2 to 5 p.m. ET on NRANews.com. The show is also simulcast on SiriusXM—tune in from 9 p.m. to midnight on Patriot Plus, or midnight to 3 a.m. on the Patriot channel—and is available on demand on iHeartRadio and iTunes. 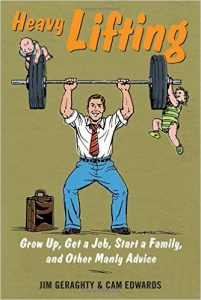 Book: Heavy Lifting: Grow Up, Get a Job, Raise a Family, and Other Manly Advice

Cam is also the Co-Author of Heavy Lifting: Grow Up, Get a Job, Raise a Family, and Other Manly Advice. What has happened to men in America? Once upon a time, men in their twenties looked forward to settling down and having children. Today, most young men seem infected by a widespread Peter Pan syndrome. Unwilling to give up the freedom to sleep late, play video games, dress like a slob, and play the field, today’s men wallow in an extended adolescence, ostensibly unaware that they’re setting themselves up for a depressing, lonely existence.

In this hilarious ode to male adulthood, Jim Geraghty and Cam Edwards—two happily married, 40-year-old men—have a simple message for their younger peers: Grow up!

Doug is the founder and Chairman of Knife Rights.

He is an award-winning writer and subject matter expert on survival gear, which led to developing his own acclaimed line of Doug Ritter RSK knives. Doug currently spends the majority of his time rewriting knife law in America to benefit Individual Liberties.

Knife Rights has proven beyond a shadow of a doubt that we are building that Sharper Future™ as we Rewrite Knife Law in America™. As of August 2022, Knife Rights is responsible for 39 bills repealing knife bans in 25 states and over 150 cities and towns.

Knife Rights can only succeed as a grassroots organization if we build our membership, because it is the votes those members represent that politicians listen to. Rights Foundation is dedicated to: 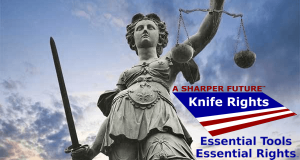 Christian Tisch (Chris)  is the co-host of Proclaiming Liberty radio show on KKNT 960 The Patriot on the AM dial in Phoenix, AZ.

Says Chris: “At the age of 14 I read The Masters of Deceit by J. Edgar Hoover outlining step by step the communist plan to bring down the U.S. The next year I read None Dare Call it Treason By John Stormer. Finally, after reading the Humanist Manifesto by John Dewey, a committed communist, it became clear that a massive conspiracy by some of the highest officials were a party to changing the landscape of what we call “American Values”. These people knew that American values had to be undermined.  Such institutions as the family unit, the schooling system, and the very moral foundation of our country, as well as our Constitution – focusing heavily on the 2nd amendment – had to be destroyed and using the Hegelian Dialectic of three steps forward two steps back it could be done. Needless to say as an NRA member, now for over 20 years, I knew that the only thing standing in their way was the 2nd amendment and millions of armed Americans who had no intention of trading liberty for slavery.  In my journey to preserve the country and the values that I hold dear, including the Second Amendment, I was given the opportunity to testify before the N.J. Senate along with John R Lott of the Crime Prevention Research Center, and Bob Viden, an NRA board member and a good friend of mine on the topic of smart gun legislation.”

Chris brings this kind of background, knowledge, and passion to the airwaves every Saturday night at 8:pm (AZ Time) on his radio show “Proclaiming Liberty” on KKNT 960 The Patriot Radio.

Chuck Holton is an American war correspondent for the Christian Broadcasting Network, and a published author, and motivational speaker. Holton is the former host of “Frontlines” an NRA TV Series. Chuck is also the host of The Hot Zone Podcast.

Holton has been a freelance cameraman for Fox news, following Ret. Lt. Col. Oliver North on his travels as host of War Stories with Oliver North on the Fox News Channel.

Holton was born in 1969 in Carson City, Nevada. At age 17 Holton joined the United States Army, shipping off to basic training at Fort Benning, Georgia. Holton is a graduate of both Airborne School and Ranger School, graduating Ranger class 3-89. Holton went on to attend Jumpmaster School, Nuclear, Biological and Chemical Warfare School and Assault Climber school, and was later an instructor at the United States Military Academy at Camp Buckner. Holton was deployed to Panama for Operation Just Cause, where he served as a team leader. He served four years with the 75th Ranger Regiment.

Holton is the author of seven books:

He has also collaborated with Oliver North on two books:

– Cam Edwards –  Host of NRA News’ Cam&Co & co-author of Heavy Lifting: Grow Up, Get a Job, Raise a Family, and Other Manly Advice