Lies Hillary Said About Me, by Rob Morse I listened to Hillary Clinton. I’m not a politician, so maybe that is why I can still tell the truth from a lie. Hillary lied about me.  If Clinton would lie about me, what would she say about you? You see, I am an ordinary gun owner. […] 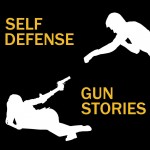 Self Defense Gun Stories Podcast, Weekly reports commentary on civilian self-defense This is a new podcast, hosted by Rob Morse, that brings you recent examples of armed civilians protecting themselves and those they love.  Experienced self defense instructors offer insightful Monday-Morning-Quarterback style commentary on each event, with the goal of offering information on what went […]