Over the hot summer months of 2016, President Obama took part in a Town Hall Meeting in Elkhart, IN. While PBS aired an hour of the Town Hall, the President and audience members stuck around for some un-aired portions of ‪#‎POTUSonNewsHour to ask and answer more questions. Within this link is the President’s answer to a question about Second Amendment rights and gun control. This extra footage sparked a conversation on my (Cheryl Todd’s) Facebook Page, which I have re-posted here titled “The Dishonesty of Anti-Gun Rights-Restrictors: An 8 Point Commentary, by Cheryl Todd”. 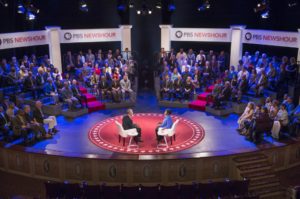 #1) Intellectual dis-honesty…a gentleman in the audience brings up the extremely high crime rates in Chicago – where they have some of the most restrictive laws in the nation…and never does the President address that portion of the question. If restrictive laws work to save lives (as the President wants us to believe) then Chicago would be a shining city-on-the-hill example of that.  That would be his mic-drop moment – instead, we see that in cities where the “common-sense” laws that the President, Hillary Clinton, Bernie Sanders, Michael Bloomberg and many other Democrats (and some Republicans) want to impose nationally the most loss of life at the hands of criminals.  In Arizona, where our gun-laws are the “loosest” and most closely aligned with the Constitution of the United States, our crime rate is actually lowered since we have made our gun laws less restrictive.  Don’t take my word for it.  Please look it up for yourselves.  If tighter restrictions on guns worked to save lives then places like Chicago, Detroit, & DC, would be trumpeted for their successes in that area – and places like the entire state of AZ would have blood running in the streets.  It is common knowledge that the vast majority of the large Media Outlets are Left-leaning…what story would they want us to read in the newspaper if they could possibly spin it in their favor?  Shouldn’t AZ be a constant gunfight at the OK Corral – we have open-carry, we do not require conceal carry licenses, we have border-issues, we have poverty, we have gangs, and we are free to carry our firearms pretty much anywhere we want…yet, it is Chicago where we hear of all the shootings and crime. 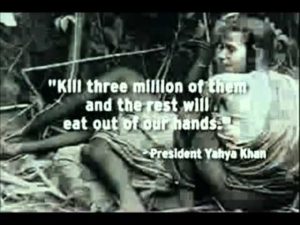 #2) Cars…operating and owning a vehicle is not a Constitutional right, and while it makes for an interesting, topic-changing and issues-confusing conversation to conflate cars and guns, they simply do not belong in the same category.  Nowhere in history has any government rounded up and enslaved people after confiscating their modes of transportation.  However, history is filled with instances of governments who have done so based on the peoples’ ability to defend themselves.  The organization, Jews for the Preservation of Firearms Ownership (JPFO), has created a documentary titled “Innocents Betrayed” that lays out the graphic timeline of these avoidable tragedies. And while many of the Anti-Rights crowd wants to say these are merely old history and these things “wouldn’t happen in America”, I encourage you to do your own research, and view another of JPFO’s documentaries “No Guns For Negros” – or simply follow the logic train of how those in absolute power treat those who are powerless.

#3) The NRA…I encourage you to research the NRA. What does the NRA really do?  The NRA spends tremendous time and financial resources in teaching and training people to be safer and more responsible gun owners.  The NRA lobbies for ENFORCEMENT of the laws we already have on the books – bad guys using guns works AGAINST what the NRA stands for.  The NRA acts as one of those checks and balances against politicians and the Government to prevent over-reach…why do you think the President spends so much energy vilifying this group? If the President REALLY wanted what he SAYS he wants, which is a SAFER AMERICA for the children, the NRA is EXACTLY the group he would be aligned with.

#4) No-Fly List & Universal Background Check (UBC)…If anyone would take the time to study what laws are currently in place they would see that we do not need more laws – we need the current laws enforced.  We do not need more “Universal Background Checks” – the people you want to stop with the UBC are not going to submit to it anyway. And, the “No Fly List” is a modern-day Salem Witch Trial looking for the backing of the public.   If you are a freedom-loving person you will not fall for the scare tactics of that “No Fly List” – it is a secret list, there is no way for we-the-public to know what red-flags you to be put on that list, and there is no legal way to get your name removed from the list if it shows up there by accident or because your name is similar to someone else who might be a suspicious character.  And may think it sounds harmless and something that “happens to other people”, until it happens to you…and then it is too late.  (On a personal note about gun laws…your author has experienced first hand the lax way that laws are enforced…when our store AZFirearms.com was broken into in 2015 and five guns were stolen…one of which was classified as an “NFA Gun”, meaning you needed an EXTRA background check to own it – and the law reads such that the thief would get a mandatory 5 years of prison for stealing that gun alone.  In real life, that isn’t at all the way the law was enforced, locally or federally.  The thief barely had his hand slapped…he was given TWELVE HOURS of probation.  Period.  And, you may or may not be aware of a Government operation that was conducted to allow 2,000 guns to be given to criminals – yes…US Attorney General Eric Holder under President Obama allowed TWO THOUSAND GUNS to be sold to people who would most likely be on their beloved “No-Fly List” – guns still out there being used in crimes…and one of which killed US Border Agent Brian Terry.   Look up Operation Fast & Furious.  So, when the President went on TV with an emotion-laden plea and through a tear-stained face told us that we need more laws to keep guns off the streets, I can only feel insulted, angry and incredulous.) 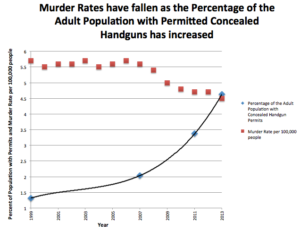 #5) Research…this is a matter of “that isn’t what the government was designed to do”.  Research is great and there is plenty of it happening, we just don’t want politics mucking up the works.  Our government was designed to do certain things as outlined by the Constitution…and we have drifted so far from that core that we now think every single problem in life must somehow have a government-based solution. And we have come to naively believe that the words a “Government Study” somehow means non-partisan, neutral, and unbiased…none of which is true. There are plenty of free-market, non-partisan research organizations in the world, such as the Crime Prevention Research Center (CPRC), that are happy to take on the task of researching gun-crime, knife-crime, or just plain old crime.  But, there is enough empirical evidence (what we can see with our own eyes) to show us that whether we look at gun laws in the macro or the micro the Founding Fathers had it right when they added the words “shall not be infringed” to our Second Amendment. 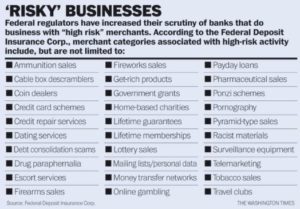 Operation Choke Point was the Obama administration’s way to unlawfully use the back door to stifle businesses, if not end them, that they do not like, based solely on ideological grounds. Due process not required. (Source: Washington Times)

#6) Is the President trying to “take our guns away”?  …He knows the Constitution won’t allow that, so this is a red-herring issue.  The question could be asked (and answered) directly…if you had the ultimate deciding power to do so, would you “take our guns away”? Instead, judge a tree by its fruit.  What did the President say was his greatest frustration during his Presidency?  Not passing more laws…laws restrict law-abiding people.  We could ask…since there are already laws on the books to prevent and punish crime, up to an including murder, by what law will the lawless abide?  And to examine whether the President wants to “take away our guns”, please also research another Government operation implemented by US Attorney General Eric Holder under President Obama whereby access to banking services for Gun-and-Ammo-Related businesses were being federally restricted by threatening any banking institutions who transacted with such businesses.  It is called Operation Chokepoint. And it is what caused us to personally have to move all of our accounts from Chase Bank in 2014 – even our Personal Finances were “tainted” by money earned in the gun business.  It sounds like the stuff of Conspiracy Theories, but it happened, it is real, and it is a side-door attempt at shutting down a legal industry. 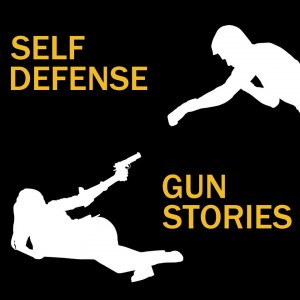 #7) Balance…I never hear the President make any supporting statements that he acknowledges the value of gun ownership in saving lives – he makes off-handed comments about sporting, hunting, and personal protection…but, it is worthy of acknowledgement (and he does NOT acknowledge) the 2.2 million defensive gun uses each year, and the lives that have been protected and saved because of safe and responsible gun ownership every day, every month and every year.  The numbers of life-saving incidents of firearm use are staggeringly higher than the numbers of deaths due to misuse of firearms.  And firearms are especially meaningful in protecting and saving the lives of women and those who are physically small in stature, aged, or have physical limitations, such as being wheelchair bound.

#8) For me it comes down to this…Freedom.  Do you want freedom or don’t you? I do.  Freedom is messy.  It comes with risks.  Freedom is fraught with danger, but I would rather have the risks inherent with freedom than the alternative.

I welcome any thoughtful, logic-based commentary and questions at Talk@GunFreedomRadio.com or via our Gun Freedom Radio Facebook Page.