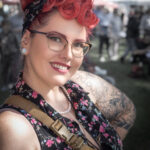 Lauren “Liberty” Snyder is a differently-abled model and political activist from Long Island, New York who now resides in the Phoenix Valley area of Arizona with her husband and two dogs. (LD18). A libertarian since 2008, Lauren became involved with the Arizona Libertarian Party by volunteering at events during the 2020 presidential campaign season.  Lauren […]

Cyn Ladd is the District Manager for the State of Arizona for US LawShield. She is also a member of the DC Project: Women dedicated to safeguarding our Right to keep and bear arms, and in that capacity speaks at the AZ Capitol in front of Senate & House committees regarding firearm legislation and 2nd Amendment […]

Mark Walters is the syndicated host of two national radio programs, Armed American Radio and Armed American Radio’s Daily Defense with Mark Walters. Mark’s voice can be heard on over 200 radio stations in hundreds of cities 6 days a week across America. He is the co-author of of three critically acclaimed books, Lessons from […] 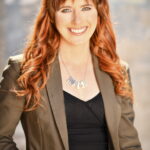 Ashley Hlebinsky is one of the nation’s foremost authorities on firearms history.  Recently, she served as  both Curator of the Cody Firearms Museum (CFM) and Project Director for the museum’s multimillion dollar renovation that reopened in July 2019. Due to her and her team’s efforts, the museum has received positive reviews from both gun and […] 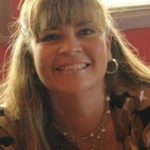 Lana Bryan of US LawShield

Lana Bryan is an Operations Manager for US LawShield and oversees 9 states for the company and has been with the company for 8 years. Lana has been an NRA Instructor for many years and has been an avid shooter for 30 years. Her passion of empowering women and teaching children the safety and fundamentals of […]