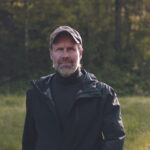 Geoffrey Botkin, along with his sons, is a director of Trex-arms.com.  They are very serious about training and arming the modern day minute-man. He hosts the podcast “Stand Up And Lead”. Geoffrey understands the need for us to articulate misplaced truths and lessons about family dynamics, and the strength of the family institution. His works in […] 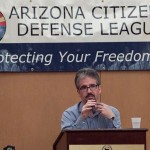 Dave Kopp, President of the AZCDL

Dave Kopp is the co-founder and President of the Arizona Citizens Defense League and the AzCDL Foundation. Dave is an East Coast transplant, a former computer programmer and a family man. Dave spends his time restoring and protecting the right to keep and bear arms through legislative lobbying. He is a strong voice protecting Arizonans […] 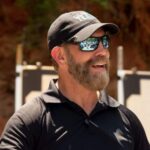 Brian Hill is owner and head instructor of The Complete Combatant in Dahlonega, GA. He is a Heckler & Koch (HK) Brand Ambassador, a Rangemaster Certified Master Instructor, and a Certified Red Dot Instructor and an Endorsed Instructor with Modern Samurai Project. Brian holds a Force Science Analyst Certification and is also certified by Massad Ayoob Group as a Deadly Force Instructor Brian […] 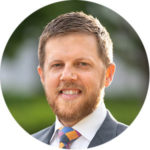 Connor Boyack is founder and president of Libertas Institute, a free market think tank in Utah. Named one of Utah’s most politically influential people by The Salt Lake Tribune, Connor’s leadership has led to dozens of legislative victories spanning a wide range of areas such as privacy, government transparency, property rights, drug policy, education, personal freedom, […] 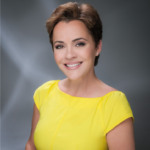 Kari Lake, the former anchor for Fox 10 News in Phoenix, became a symbol of truth in journalism when, in 2021, she walked away from the mainstream media despite being number one in the ratings for more than two decades. She’s running for Governor of Arizona in the 2022 Election on a platform of common […]