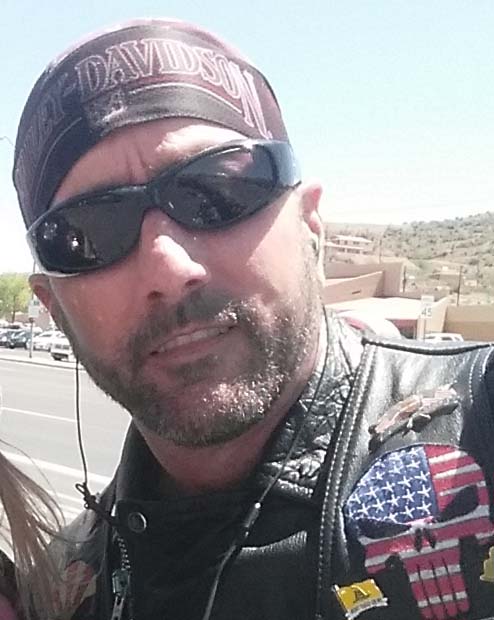 About Mike Sullivan, VP of RidersUSA

Mike Sullivan is the vice-president of Riders United for a Sovereign America (RidersUSA).

Mike has been involved in grass roots activism for the last 10 years. He is a firm believer in the Constitution, the Bill of Rights, the Rule of Law and government by the people. He has been a strong pro gun rights activist and supporter of the right to keep and bear arms. Mike has been a supporter of many charitable causes in the biker community and although not a veteran he is also very active in many veteran related causes around the valley.

RidersUSA has been organizing an annual event for several years to raise awareness about our Constitutional Rights to keep and bear arms, and this year they are one again partnering with AZFirearms and Gun Freedom Radio and re-branding the event as the Celebrate & Protect the 2nd Amendment/Right to Keep & Bear Arms at the AZ State Capitol Building.

The annual celebration/rally has grown tremendously over the last few years and is now known as an educational, fun, family friendly event. There were over 3500 people in attendance at the 2020 event.

Mike was born in Phoenix and grew up in Arizona and New Mexico. He worked in corporate sales in California and Arizona before starting his own small business with his sister and brother in law in Mesa, AZ. He has been a firearms enthusiast and gun owner since getting his first .22 rifle at age 13 and bought his first Harley Davidson in 1997.

Places you can find Mike Sullivan, VP of RidersUSA