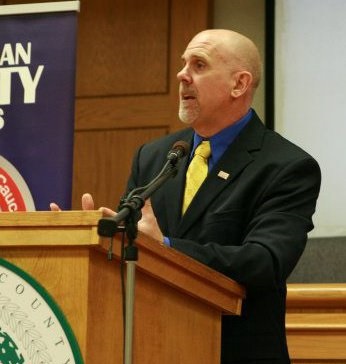 Michael Maharrey serves as the national communications director for the Tenth Amendment Center.

Hailing from Lexington, KY., he’s extremely proud that his home state originated the Principles of ’98, laying the groundwork for state nullification of unconstitutional acts.

Michael is the author of three books. Our Last Hope – Rediscovering the Lost Path to Liberty, makes the  historical, philosophical and moral case for nullification. Smashing Myths: Understanding Madison’s Notes on Nullification digs deep into James Madison’s views on nullification, focusing on his writing’s later in life. Finally, Michael joined Tenth Amendment Center executive director Michael Boldin in penning Nullification Objections: Dismantling the Opposition, a book that takes apart the common objections to nullification one at a time.

The Tenth Amendment Center is the nation’s leading source for constitutional education and nullification activism.

While the establishment left and right continue to expand federal power, our goal is straightforward: Follow the Constitution: Every issue, every time. No exceptions, no excuses. 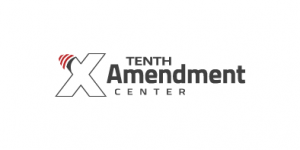 The Tenth Amendment Center is the nation’s leading source for constitutional education and nullification activism.

TAC works towards this goal in two ways: education and activism. We seek to teach people about the original meaning of the Constitution. And, we lead powerful grassroots coalitions to use nullification as a means to block federal overreach.

The 10th Amendment to the Constitution Of The United States Of America, is the section of the Bill of Rights that basically says that any power that is not given to the federal government is given to the people or the states.

Places you can find Michael Maharrey