Conflict De-Escalation: The Root of Most Conflict, By Jeff Glaze 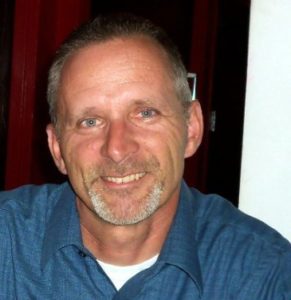 Conflict Resolution: Deescalating the Root of Most Conflict

Jeff Glaze is a training, technical and leadership consultant.  He is an advocate for innovative and lasting solutions for conflict resolution.  Jeff seeks to create a culture of constructiveconflict within families and organizations.

So far we’ve been talking about the paradoxes of winning.  In the radio interview Danny, Cheryl and I discussed winning as a balancing act between nurturing relationships and engaging in conflicts in those relationships.  In the previous blog post, the topic was winning on social media by having real discussions instead of getting stuck in the pride trap of the echo chamber or engaging in fruitless flame wars.  This week the topic will be winning in the toughest conflict of all – the conflict with self  – whether this dynamic is experienced within the confines of a family, the workplace, or played out on the world stage at the highest levels of International Government.

“You can chain me, you can torture me, you can even destroy this body, but you will never imprison my mind.”   ― Mahatma Gandhi

Inner conflicts are a sort of prison we make for our own mind.  They are difficult because we humans assume that we are rational but often we are not.  A work friend tells Lucy that she can get $900 for child support and that number becomes Lucy’s anchor point in the divorce negotiations—the guidelines and formulas don’t matter.  Bob reads a book on disciplining children and keeps following the advice even when it fails to work.  JoAnn goes into massive debt to get a degree in English without considering what job she will get afterward or how she really just wants to stay home and raise kids.  Each of these situations can lead to escalation of commitment to an irrational idea.  Basically, we make prisons for our own minds.  Lucy, Bob, and JoAnn are likely to get defensive or even aggressive if someone tries to help them see the truth about their irrational thoughts and actions.  Even if no one tries, their anxiety might manifest in odd ways.

Inner conflict will eventually turn into external conflict with other people.  Lucy’s conflict with her soon-to-be ex-husband will escalate because she is convinced that $900 is “fair” and she will not move from that anchor point in settlement negotiations.  Third parties will get pulled into the conflict, taking sides with Lucy or her husband.  The children will feel pressure to take sides.  The conflict will escalate as Lucy clings even more tightly to her anchor (point).  Looking at this carefully, we realize that the bigger battle is really driven by Lucy’s inner conflict.  The external conflict cannot be resolved until Lucy resolves her inner conflict.  Inner battles like this are not easily resolved, because even when the judge orders the amount calculated according to the published guidelines, Lucy may continue thinking that she “should” have gotten $900—the judge was bad, her lawyer didn’t try, or perhaps there will be a multitude of explanations.

This multitude of explanations is a tell (like a poker “tell”) for inner conflicts.  A really excellent example of this was seen in the recent election.  CNN posted 24 different explanations why Trump won the election.  Many of my friends on social media were in complete shock and had many explanations–”Trump the Terrible” won—how could this possibly happen?  Another tell is seeing people acting out the stages of grief: denial, anger, bargaining, depression, and acceptance. Denial was seen early on with “not my president.”  The protests looked like anger.  Bargaining was seen in the chatter about the popular vote, the electoral college and most recently, the alleged Russian hacking of the DNC.  Democrats are grieving the loss of a dream and a loss of political power. 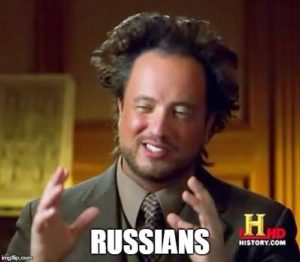 This alleged hacking is a way to quiet the inner conflict.  Other explanations don’t answer all or most of the dissonant questions inflaming the minds of many democrats—how could this possibly happen?  The idea of Russian hackers explains why millions of people voted for “Trump the Terrible”, why Hillary had low voter turn out, whether Bernie could have won or not, why the offensive emails don’t matter, etc.  It doesn’t matter that hacking is really not that easy to pinpoint, especially after the fact, or that the release of DNC emails made the democrats keep a campaign promise of being transparent, all that matters is quieting the screams of the inner conflicts.  Almost 90% of Hillary’s voters believe that Russia hacked the DNC—this makes people feel better even though it does not answer the many failures of the campaign and the DNC—remember people are not rational.  People look for answers that confirm what they want to believe.  They also seek to calm their anxiety.

The triangles that I mentioned in the earlier radio post are another way to quiet inner conflicts.  Obama’s blaming of Russia could be an attempt at a scapegoating triangle.  Triangles help stabilize relationships, sometimes in unfortunate ways.  The type of triangle here involves one person/group offering up a targeted person or entity for blame—a scapegoat.  If the other person/group accepts the offer, the scapegoat becomes a sort of lightening rod that absorbs the conflicts (inner and external).  This deescalates the conflict because a it allows a lesser degree of aggression than if the conflict was left to develop fully.  You might have seen this in family conflict—think of a time when someone in your family took the blame during a conflict while others got away with misbehavior.  There is kind of a positive side to this, but not for the scapegoat.

There is a downside of scapegoating even for the other people.  Using the same example, accepting Russia as a scapegoat leaves the democrats stuck.  The sanctions on Russia are symbolic and will not change anything.  What about the many failures of the campaign?  Sanctions do nothing about the debate questions that were passed to Hillary.  Sanctions will not change the offensive content in the DNC emails.  Sanctions don’t do anything to secure the DNC’s servers.  Needed reformation of the party and its campaign practices may not happen.  If inner conflicts stay buried, growth may not occur. 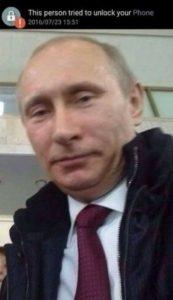 Republicans also must choose what to do with this scapegoat.  Some leaders in the GOP have accepted this despite the questions by some tech experts concerning the veracity of the report.  The few comments I have seen on social media by conservatives are mixed with some demanding that something be done and others questioning whether Russia did it.  Trump appears not to have accepted the scapegoating of Russia or at least is taking a wait and see approach.  It appears that the biggest inner conflict for Republicans is Trump’s so-called bromance with Putin.  Shouldn’t Trump do something and do something now?  Why isn’t he?  Scapegoating has to happen pretty fast to be effective…kicking the can down the road will weaken its effects.

The scapegoat does not usually have a choice about their role; however, in this case, the powerful Putin can reject the scapegoat role and reescalate the conflict at a time and place of his choosing.  Putin, it could be argued in this example, seems more skilled politically than Obama and holds the upper hand by deciding to flip the game board over or do nothing.  It is important to realize that doing and saying nothing still communicates something.

How can inner conflicts be deescalated?

The first step is seeing the problem: recognize the tells in yourself.  Look for defense mechanisms (projection, denial, regression, etc), grief-like behavior, and dysfunctional triangles like those mentioned above.  Also, since inner conflict is often turned onto people around us, look for times when you are stirring the conflict pot foolishly.  These things are normal ways to cope in the short-term but may leave us stuck in a dark place if the inner conflict is left unresolved in the long-term.  If you recognize inner conflict, then sitting in resistance with your thoughts until you resolve the inner conflict can help.  Sitting in resistance is making yourself consider something that makes you uncomfortable until you resolve that thing with other competing things in your mind.  Finding creative solutions can’t happen when people make decisions too quickly—slow down and let the solutions develop fully.  You may need help from a professional life coach, clergyman, or therapist.  Inner peace is not the avoidance of inner conflict, it is the resolution of inner conflict.

The cognitive dissonance for some Republicans will begin soon enough.  Trump can’t possible live up to the god-like expectations some people have made for him.  Strap in and check your 6, it’s gonna be an E-ticket ride folks! (I’ll take “What is an old-school Disney reference?” for $500 Alex).

Article originally written as a followup to a 4-Part Series on Conflict De-Escalation and presented on GunFreedomRadio, and has been posted on Gun Freedom Radio Blog with permission by the author.

To learn more about the author of this article, Jeff Glaze.