Tag: Some People Are Worried 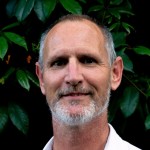 Post Election Contemplations by Rob Morse, author of the SlowFacts Blog wrote two thoughtful articles about the 2016 Presidential Election Results which we have combined here for your consideration. Election 2016 lists out several “losers” in the wake of the election. The list reads like a who’s-who of elitist groups who are out of step […]