William J Federer is a nationally known speaker, best-selling author, and president of Amerisearch, Inc., a publishing company dedicated to researching America’s noble heritage. Bill’s AMERICAN MINUTE radio feature is broadcast daily across America and by the Internet. His Faith in History television airs on the TCT Network on stations across America and via DirectTV. […] 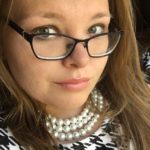 Beth Baumann is an Associate Editor for Townhall. Previously, Beth was the Social Media Writer for Townhall Media and the former Outreach Specialist for Tedder Industries, a concealed carry holster manufacturer. Beth also has served as a Contributor at Bearing Arms, PolitiChicks and TheBlaze, where she provided political commentary and investigative journalism. Prior to joining […]

Rob Pincus is a professional trainer, author and consultant and VP of Avidity Arms. He is also on the Board of 2AO.org and Walk The Talk America (WTTA). He and his staff at I.C.E. Training Company provide services to military, law enforcement, private security and students interested in self-defense. Rob is the Developer of the […]

Trampas Swanson is a NRA & USCCA Firearms Instructor, USCCA Training Counselor and the co-founder of the Swanson Training Group located just outside Jacksonville, FL. Trampas is a former Deputy Sheriff in which he served as a SWAT sniper, as well as patrol supervisor, narcotics and investigations experience for almost 12 years before taking early […]

Jody Dean, Ph.D., is a clinical psychologist and diplomate in forensic psychology. Jody wrote an article in the July 2020 edition of USCCA Magazine titled, “The Second Fight: The Psychological Consequences of Self-Defense Shootings.” In two decades of clinical practice, Jody had the honor of working with professional athletes, law enforcement professionals, adolescents and their […]