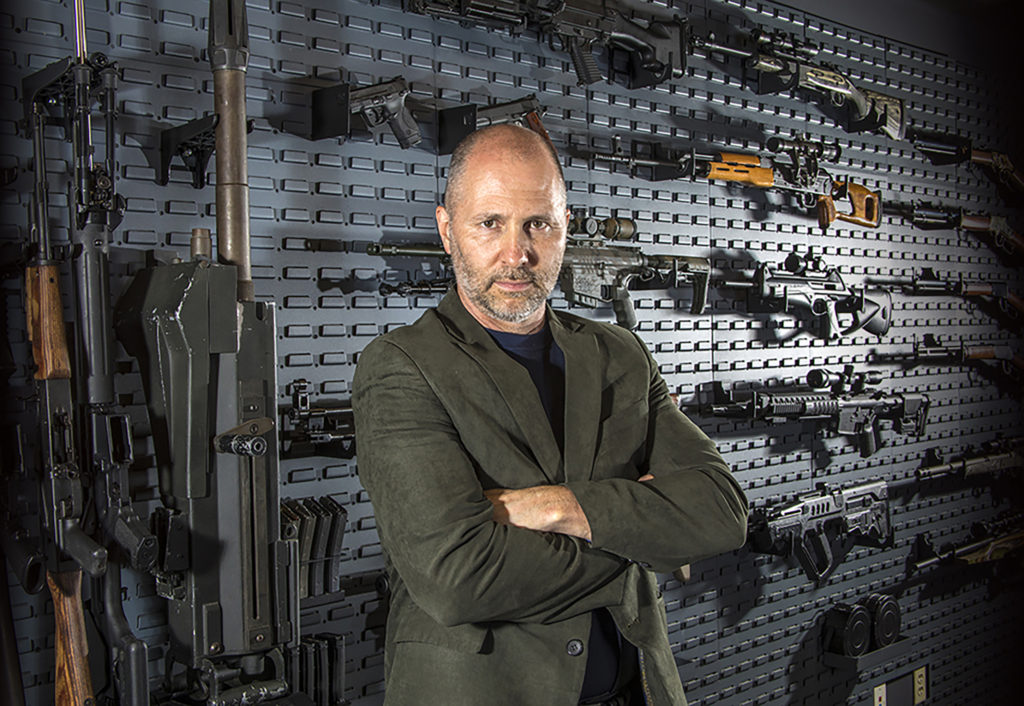 About Tom Kubiniec of SecureIt Tactical

Tom Kubiniec, CEO of SecureIt Tactical, is the country’s leading authority on safe gun storage and armory design. He got involved in military weapon storage in 2001 while running a technology storage company in Southern California. That was when he was asked if his company could store MP5s in one of its high-security laptop cabinets.

For nearly two decades since, he has designed and built weapon storage systems for all branches of the U.S. military in all theaters of operation, as well as foreign military forces in South America and the Middle East.

Working with the U.S. Army Special Forces, Tom developed patented technology called CradleGrid™. This smart, three-part system comprises a grid that affixes to the back of a cabinet or safe and then individual “cradles” can be quickly and easily placed anywhere on the grid, without tools, to fit virtually any firearm.

In 2015, Tom expanded SecureIt from being solely a defense contractor into a rapidly growing retail brand with a focus on improving people’s lives by educating and making them safer and better prepared. His goal is to help gun owners to properly store, hide, transport and protect their guns.

Prior to starting SecureIt, Tom founded Greenline Data, a data storage and physical security products company, in 1995. Before that, he was a founding partner of JET Computer Products from 1987-1994.

A long-time resident of Southern California, Tom currently lives with his family near Syracuse, New York.

Places you can find Tom Kubiniec of SecureIt Tactical