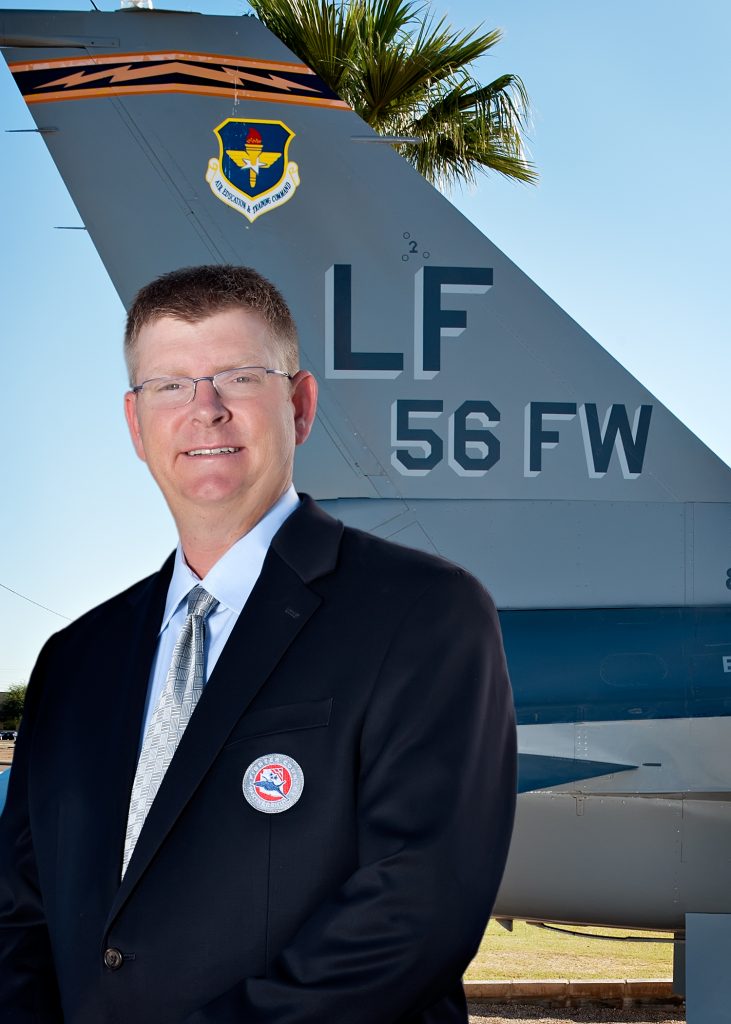 A resident of Litchfield Park, Ron moved to Arizona in 1997 from Northern California. He has been married to his wife Monica for 15 years, and has two children – Emma and Anders. 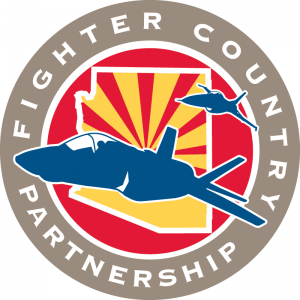 In September of 2010, while volunteering his time supporting Luke AFB, his own miss-perceptions of the base caused him to jump at the opportunity to be the President and Executive Director of Fighter Country Partnership, the non-profit organization supporting the men, women, families and mission of Luke AFB.  He passed up the opportunity to join the Air Force 25 years ago, and is incredibly excited about his role supporting Luke AFB while educating the community about the valuable resource in the Valley of the Sun.

Many people ask, “Why does an Air Force Base need my support?” And “Doesn’t the Government pay for everything?” These are good questions with answers that may surprise you. Although it’s true that the Government does a great job in funding many base functions and programs, with the global war on terror, much of the budget has been reduced. In fact, over the last few years, many Bases have experienced budget reductions of 40% or more over the last few years. This eliminates funding for many events and human services programs. That’s where we come in.

The need to support Luke AFB

As a 2.17 Billion dollar economic engine for the State of Arizona, Luke deserves our attention. When you have the world’s largest Air Force Base in your backyard, you’ve got to protect it. Fighter Country Partnership has done just that locally and in our Nation’s capital for more than 10 years.

Arizona needs to keep the mission of Luke Air Force Base today, and long into the future. To do that, here are a few things we must be aware of.

Luke Air Force Base has six Critical Mission Elements. Unlike any other Base in the world, Luke has the ability to:

Places you can find Ron Sites of Fighter Country Partnership