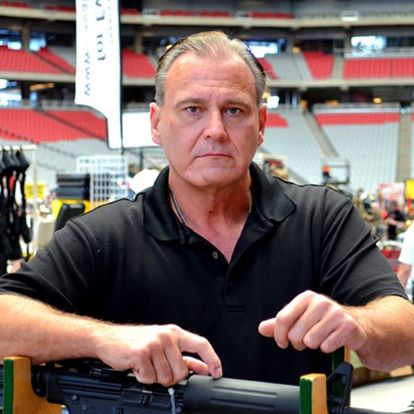 Mike Detty is a competitive shooter, a writer for gun magazines, law enforcement and military journals, and the author of the book, Operation Wide Receiver: An Informant’s Struggle to Expose the Corruption and Deceit That Led to Operation Fast and Furious.

Motivated by a sense of patriotic duty Tucson gun dealer and author, Mike Detty, alerted the local ATF office when he was first approached by suspected cartel associates.

Detty made the commitment and assumed the risks involved to help the feds make their case, often selling guns to these thugs from his home in the dead of night. Originally told the investigation would last just weeks, Detty’s undercover involvement in Operation Wide Receiver, the precursor to Operation Fast & Furious, stretched on for an astonishing three years.

Though the case took several twists and turns perhaps the cruelest turn was his betrayal by the very agency he risked everything to help. 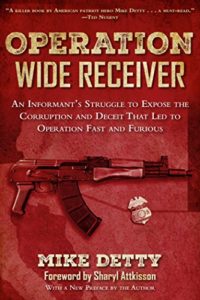 Operation Wide Receiver: An Informant’s Struggle to Expose the Corruption and Deceit That Led to Operation Fast and Furious.

From Mike: I have been writing for consumer gun magazines, law enforcement and military journals for over 25 years and have well over 700 articles published. My involvement in the firearms industry started with my competitive shooting endeavors. I participated in USPSA and 3-Gun competitions. A quest to learn more about the latest technology made me a natural for product evaluations. Before their closure I contributed to Harris Publications and now work for the Athlon Outdoor Group, which has over 40 gun-related magazines with their well known Combat Handguns as their flagship. I also write for the NRA’s American Rifleman.

I received a BS from the University of Arizona in 1982 in Criminal Justice Administration and entered the officer ranks of the US Marine Corps. A medical discharge precluded me for joining the FBI, which had been my original career goal.

I joined my father’s business, Pro Orthopedic Devices, following the Marines. The company manufactured sports medicine braces and I sold these products to sporting goods and drug store chains. I designed and patented 3 universal fit braces that have been sold in every Walmart, Target and Walgreens in the United States. In 2001 I left to start my own company, Mad Dawg Global Marketing, Inc. and became a distributor for Armalite, Rock River and DPMS and sold these guns at Arizona gunshows. This is where I ran into the criminal element that led to Operation Wide Receiver.

Due to my involvement with Operation Wide Receiver and knowledge of ATF investigatory practices I have been interviewed by CBS’ investigative reporter, Sharyl Attkisson and Fox News’ William LaJeunesse as well as NPR. Paul Barrett, a writer for Bloomberg’s Businessweek, also wrote a feature article about my experience in dealing with the ATF and traffickers.”

Places you can find Mike Detty