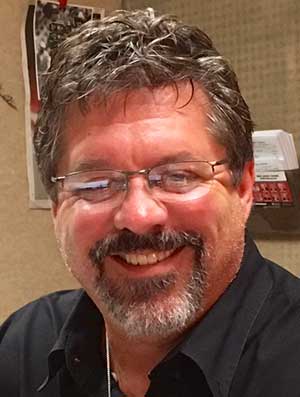 Mark’s voice can be heard on over 200 radio stations in hundreds of cities 6 days a week across America. He is the co-author of of three critically acclaimed books, Lessons from Armed America, Lessons from Unarmed America, and Grilling While Armed. He is a member of the Board of Directors of the Citizens Committee for the Right to Keep and Bear Arms. Mark is married with two children and currently resides in Northern Georgia with his family.

Mark is the 2015 recipient of the prestigious Gun Rights Defender of the Year award and the 2017 Distinguished Service Award from the Second Amendment Foundation. He is a sitting member of the Board of Directors of the Citizens Committee for the Right to Keep and Bear Arms and has appeared on numerous national and international television and radio programs defending the right to bear arms. Mr. Walters writes as a guest columnist for Breitbart News and Ammoland.

Carried across the US in Houston, Washington D.C., Atlanta, Boston, Seattle, Detroit, Phoenix, Minneapolis, Denver, Tampa and on over 200 other terrestrial stations, Armed American Radio’s Sunday Broadcast began its 10th season on 4/26/2018.

Show topics include but are not limited to: