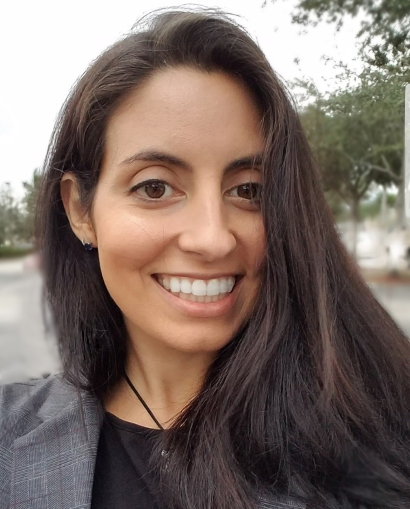 Johanna Rosaly, Latina Locked N Loaded is a grassroots advocate for the second amendment. Although she has been a firearms enthusiast for almost a decade, she decided to join her voice in the fight to preserve the right to bear arms after the Parkland shooting in South Florida. She had been in an outdoor playground near the school with her two year old niece at the time.

Jo adopted the social media moniker Latina Locked N Loaded in November 2019 after attending and being inspired by the 2nd Amendment Rally in Washington, D.C. Realizing that Latino-American media often aligned her culture with anti-gun sentiment, she focuses on de-stigmatizing gun ownership in both the female and Hispanic communities.

Both Jo and her husband, Rolando “Rolo” De La Vega, The Puerto Rican Pistolero, have become concealed carry permit holders, have attended national, state, and local 2A advocacy events, and have an ultimate goal to educate young Americans on the importance of defending their rights from government overreach specifically within the Hispanic American community.

Jo and Rolo are also Co-Hosts of the Locked & Loaded Latinos Podcast as a husband and wife 2nd Amendment and rights advocacy team. From the outset the goal of Locked & Loaded Latinos has been to expand the firearm and freedom movements within the Latin community through education, enlightenment, and exposure. Each week we discuss topics from 2A advocacy, current events, cultural issues, and bilingual discussions on our rights and the Founding Documents.