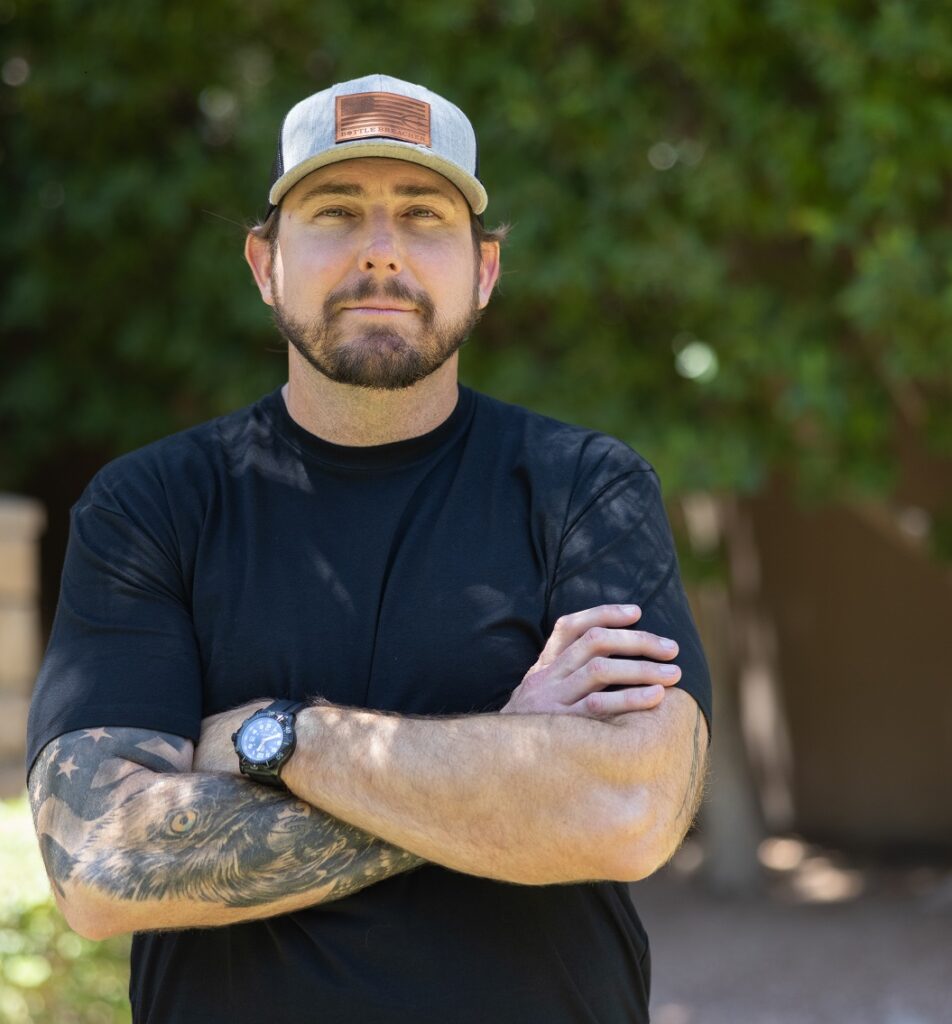 Eli Crane is a Former Navy SEAL, the CEO of Bottle Breacher, a Brand Ambassador for Sig Sauer and is (in 2022) running for elected office as the Congressional U.S. House of Representatives in AZ-1 to unseat Democrat Representative Tom O’Halleran.

The week after 9/11, Eli joined the Navy. He went on five war time deployments, three of them to Iraq with SEAL Team 3 and served our country for 13 years.

Today, Eli and his wife Jen own a small business in Tucson. Together they started Bottle Breacher, a successful company featured on Shark Tank, where they landed a deal with Mark Cuban and Kevin O’Leary. Bottle Breacher makes their products in the USA, while employing and giving back to veterans nationwide.

Eli’s most important mission to date has been raising his two daughters, Makenzie and Kennedy. He is proud to be raising his family in Arizona and is ready to fight for their future. As someone who has put his life on the line to protect and defend this country and our Constitution, Eli understands that the greatest threat to our freedoms is no longer external – it’s right here at home.

Eli is an America First candidate who is pro-life, pro-second amendment, and has the courage to take a stand against cancel culture and the radical left.

Eli is a husband, a father, a veteran, an entrepreneur and a man of faith.

Places you can find Eli Crane