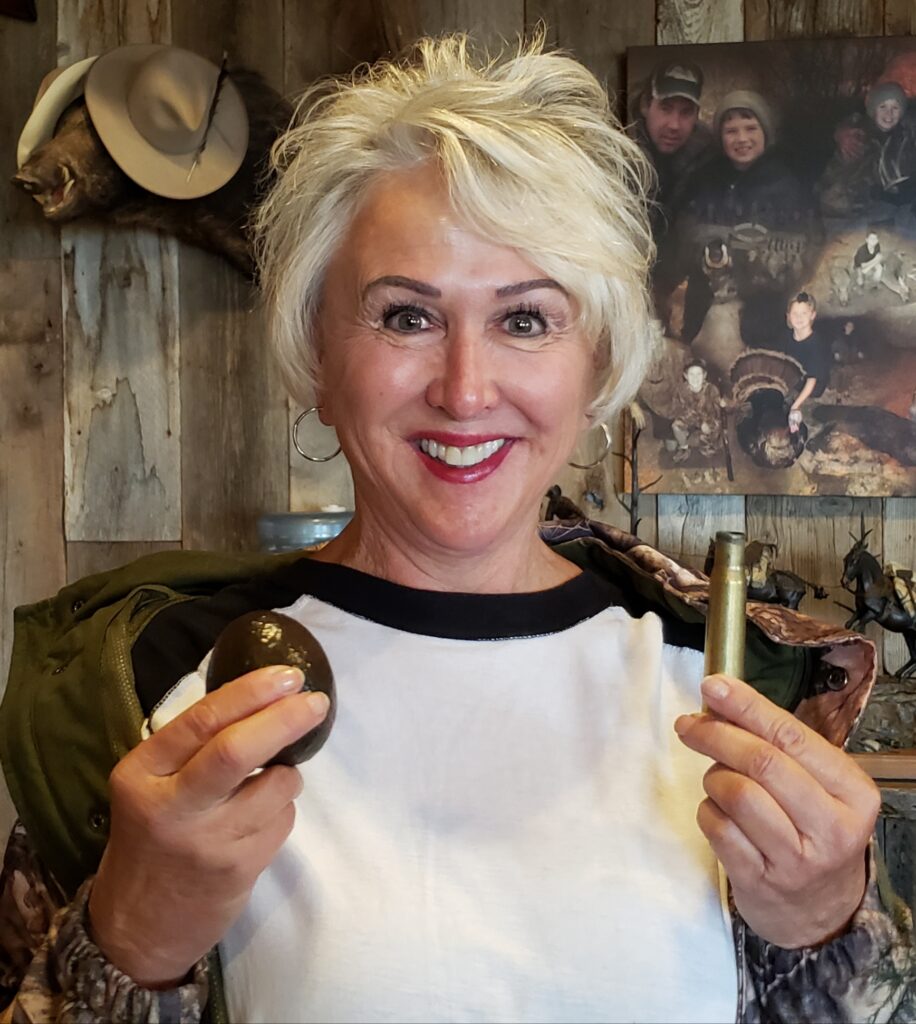 About Deb Ferns, Babes With Bullets

Deb Ferns, author of Babes with Bullets and Founder of the Women’s Outdoor Media Association (theWOMA.org).

Deb Ferns MBA, shot a handgun for the first time at age 45 and was instantly “hooked” on shooting a variety of handgun competitions. In April 2004 at age 50 Ferns was invited by one of the top female handgun champions, Lisa Munson, to attend a “ladies only” weekend shooting camp at the home of Kay Miculek. (Kay is also a many time world and national handgun champion and multigun champion.) At the end of the camp Deb convinced Kay and Lisa to be the head instructors for a traveling program, named Babes with Bullets, while she took on the role of camp director.  The Babes camps, recognized as the leader of women’s shooting programs for the last 16 years, would take a team of top ranked female instructors to ranges in 48 states, teaching over 6,000 women in a three day format.

Ferns authored the book, Babes with Bullets, where she compiled a variety of interviews from women across America on their adventures into shooting sports.  Deb is the Founder of the Women’s Outdoor Media Association (theWOMA.org), and was awarded a NSSF Heritage Grant for her work in mentoring women in the hunting fields. In 2020 Deb was the first Super Senior woman (65+) to shoot in the Heavy Metal “multigun” world championships with a .308 AR-10, .45 caliber handgun and 12 gauge shotgun.

She teaches Hatha yoga at a local senior center and resides in Tucson, AZ, with her husband, Gary and their two rescue Mastiffs. They have two daughters, Raya and Casey.

Places you can find Deb Ferns, Babes With Bullets