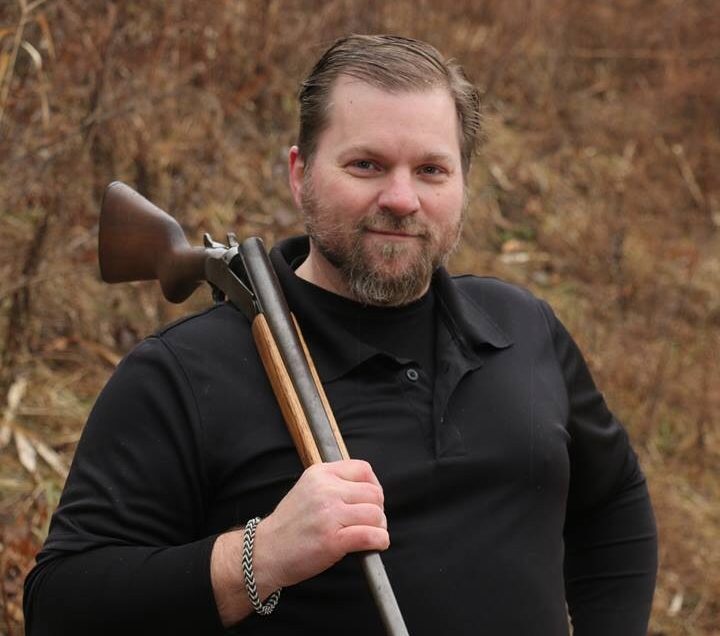 Charlie Cook is the host of Riding Shotgun With Charlie and the award winning “Blogger of the Year” who has gone viral with his #GunGram videos series where he plays the trumpet and shoots his gun at the same time and in rhythm to the music.

Charlie Cook is certified instructor by the NRA, Massachusetts State Police and the Utah BCI. His YouTube channel is titled “Riding Shotgun With Charlie” and features him conducting interviews behind the wheel while riding in various locations around the country with his “shotgun riding” passengers, which have included Massad Ayoob, Alan Gottlieb, & Hickok45, among others including Cheryl & Danny Todd.

He’s been a speaker at the Gun Rights Policy Conference since 2016, presented at AMMcon since 2017, and hosted the Concealed Carry Fashion Shows around the country.  Charlie spoke on the Supreme Court steps at Heller 10. The Second Amendment Foundation awarded Charlie the Defender of Liberty in 2017 and “Riding Shotgun With Charlie” as the Ray Carter Blogger of the Year in 2019…and he didn’t write a word!

Charlie has been a musician for over 30 years, an instrumental music teacher for over 20 years, a shooter for 14 years and a firearm instructor for 10 years.  Several thousand students have enjoyed Charlie’s wit, charm, and humor in NRA courses, Utah courses and pepper spray courses.

You may have seen some of his #GunGram videos on YouTube or on the Second Amendment Foundation’s Facebook page.  He plays the trumpet and shoots a gun in rhythm with the music. His humorous videos have recently gone viral with over 2 MILLION views!

Photo bombed and bunny eared by SAF’s Alan Gottlieb, sitting next to Cheryl Todd while Massad Ayoob speaks at the 2016 GRPC 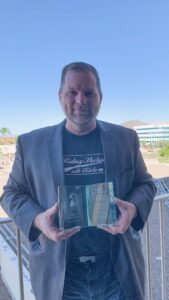 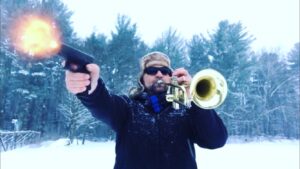 Places you can find Charlie Cook