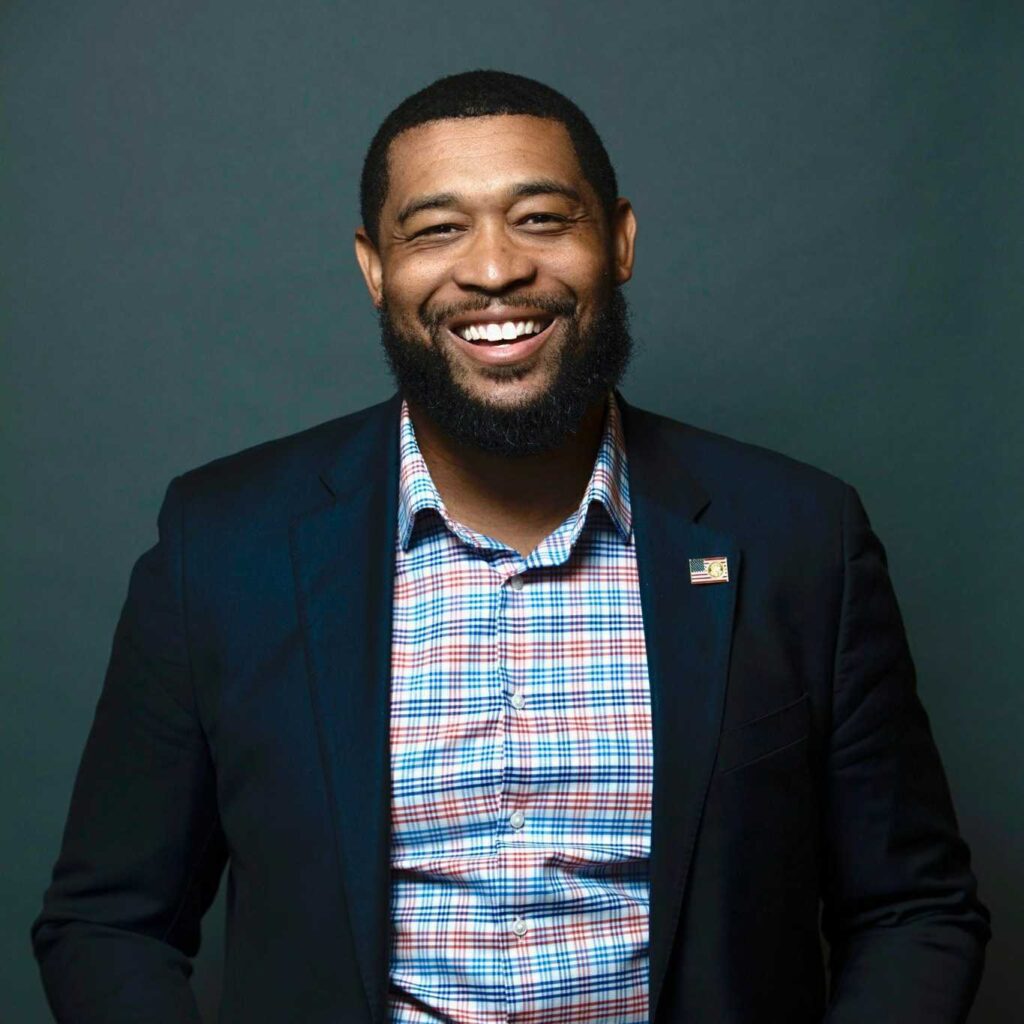 Brandon Tatum, a former Tucson Police Officer, Founder of TatumReport.com, CEO of three companies, and co-founder of BLEXIT, has become one of the most prolific speakers and exciting personalities on social media after making a Facebook Video that got over 70 million views.

Brandon has a tremendous following of over 3 million people spread across various social media platforms. He has been featured on The Ingraham Angle, Fox Business, Fox & Friends, Headline News, Newsmax, One America News, as well podcasts for Diamond and Silk, Ben Shapiro, Salem radio, and many large local radio markets, just to name a few.

Brandon has been invited by President Donald J. Trump, to the White House on several occasions.

Brandon consistently speaks to crowds of over a thousand people. He has shared the stage with many world-renowned leaders including the President of the United States. Brandon has spoken at over 26 Colleges and Universities in over 20 different states last year alone.

Brandon is well recognized for his, Godly perspective, dynamic personality, authentic message, and his natural ability to relate to the everyday American.

Brandon was also an All-American high school football player out of Fort Worth, Texas.

Brandon was featured in the US-Army All-American Game, which showcases the top 78 high school football players in the nation. Brandon accepted a full athletic scholarship from the

University of Arizona in 2005. Brandon played at Arizona for 5 years and entered the NFL Draft in 2010. God had other plans for Brandon, and he joined the Tucson Police Department a year later.

Brandon holds a bachelor’s degree from the University of Arizona in Sociology and is actively working on his master’s in business leadership from Grand Canyon University.

Places you can find Brandon Tatum