GunFreedomRadio EP47 Hr.1 No Guns For You

Charles Heller wears many hats.  Charles is one of 4 co-founders of The Arizona Citizens Defense League (AZCDL), and serves as media coordinator for that organization.  Charles is also the former executive director of Jews For The Preservation of Firearms Ownership (JPFO), and serves as media coordinator. Charles has been an Arizona concealed weapons instructor for 22 years.

Says Charles, “I am an avid naval history buff with a specialty in undersea warfare.  I’ve visited 25 of the 28 submarines on display in the U.S., and 2 which are not on display, and worked on one as a kid.  And I a dog lover”. 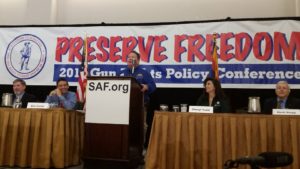 Charles Heller Host of Liberty Watch Radio speaking on a panel at the 2015 Gun Rights Policy Conference (note Cheryl Todd to his left!)

Congressman Russell is also a 21 yr Army Veteran of 4 wars, Kosovo, Kuwait, Afghanistan and Iraq and retired as a Lt. Col. In 2003 his unit was instrumental in the hunt and capture of Saddam Hussein. He is the founder and owner of Two Rivers Arms, a small rifle manufacturing business that operates out of Del City, OK.

Congressman Russell’s committee assignments include: House Committee on Education and the Workforce; House Committee on Government Oversight and Reform (Vice Chair of the Subcommittee on National Security) and House Armed Services Committee. He and Cindy make their home in Choctaw, Oklahoma, and are members of First Southern Baptist Church of Del City.

Lt. Col. Steve Russell is also an author.  At the center of the six-month manhunt were Lt. Col. Steve Russell and his men of the 1st Battalion, 22nd Infantry Regiment, 4th Infantry Division. With his extensive journal notes, combat reports, and painstaking research, Russell has preserved the story as only someone who lived the experience can do. His narrative chronicles the daily successes and dead ends, and describes, blow-by-blow, the actual raids that netted Saddam, culminating in the electrifying quote heard around the globe “We Got Him!: A Memoir of the Hunt and Capture of Saddam Hussein”. 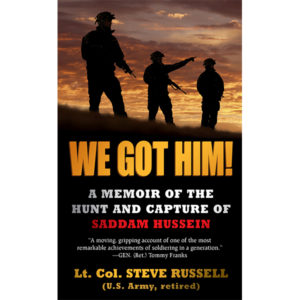 We Got Him!: A Memoir of the Hunt and Capture of Saddam Hussein, by Lt. Col. Steve Russell

GunFreedomRadio EP47 Hr.2 No Guns For You

Dr John Edeen is a Pediatric Orthopedic Surgeon in San Antonio, TX and is active in seeking the right to carry for qualified hospital staff. At Doctors For Responsible Gun Ownership (DRGO), he oversees membership development.

As part of its Mission Implementation, DRGO publishes Position Statements on topics relevant to the intersection of Gun Rights and Medicine, Medical and Public Health Research  and the resultant policy recommendations.

Where appropriate, DRGO makes available resources for use by health care practitioners and patients.

This index will be updated as new topics emerge and existing ones evolve. 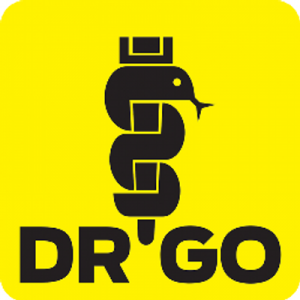 Mia loves exploring, learning and sharing life and survival in this modern day Wild West. She created her personal sites to share outdoor findings, products, firearms, hunts, recipes, stories and news, with the goal to inspire others to get outside, go hunting, to the shooting range or come together around the table, savoring all life has to offer.

Mia is an outfitter, guide, hunter, mentor, firearms and archery instructor. She is also a freelance writer and presenter. Mia takes pride in guiding ladies and children for their first hunts. Among her hunts are rest stag, bull tahr, elk, mule deer, black bear, turkey, game birds, waterfowl, predators, varmints, hogs, carp and has many more on her bucket list.

Theme:  No Guns For You

– US OK Congressman Steve Russell – A native Oklahoman and Representative of the 5th US District of Oklahoma who was a special guest speaker for the ladies of the DC Project when we recently visited our nation’s capital.  Congressman Russell is a 21-year Veteran of the US Army, whose unit played a key role in the capture of Saddam Hussein, which is documented in his book, We Got Him! A Memoir of the Hunt and Capture of Saddam Hussein.  And if all that weren’t enough, he is also a gun manufacturer and owner of Two Rivers Arms. (*We were not able to connect with the Congressman for this show.  Hoping to reschedule him soon.*)

– Charles Heller – Co founder of AZCDL, JPFO & host of Liberty Watch Radio, talks to us today about  documentary films titled “No Guns For Negroes”, “No Guns For Jews” and “Innocents Betrayed”

– Dr John Edeen – Doctors for Responsible Gun Ownership (DRGO) and recently published in USCCA Magazine an article that poses the possibility that terrorists may see the Gun Free Hospital Zones as inviting targets.