Gilbert Aguirre was diagnosed with leukemia last year, although his prognosis is good, he continues to struggle financially. At the same time, his coworker at the Goodyear Fire Department Austin Peck is battling a rare form of cancer. 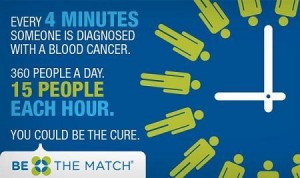 For the thousands of people diagnosed every year with life-threatening blood cancers like leukemia and lymphoma, a cure exists.

Gilbert is passionate about helping people understand the importance of not only early detection, and implementing changes in procedures to protect future generations of firefighters, he is also helping to get the word out about becoming part of the donor pool for bone marrow, which is key to fighting Leukemia.  Gilbert has worked with Be The Match, and encourages everyone to consider becoming a donor.

Oscar Navarro of United Goodyear Firefighters Charities.  Oscar works closely with fellow firefighters who are in need of help.

Rob Morse is the host of the  Self-Defense Gun Stories Podcast and co-host of the Polite Society Podcast.

He blogs at his  Slowfacts blog and his articles appear at Ammoland at Clash Daily.

Dan & Cheryl open the show by discussing a fun and interesting article that was recently published in NSSF Shot Business Magazine (Pages 24 & 25) where a “Secret Shopper” went to four different gun shops in Georgia to see how the clerks would handle an attractive female and three of her friends out for a Girl’s Day to look for this lady’s very first firearm.  They were looking for signs of clerks being dismissive, subtly sexist, and the dreaded “Pink Gun Syndrome” to rear its ugly head.  As gun store owners, Dan & Cheryl read this article with particular interest and will use it to further train their team for excellence.

Oscar Navarro & Gilbert Aguirre, Goodyear, AZ Firefighters, with an important Lifesaving and lifegiving information that ALL firefighters and their families want to know

Rob Morse – who is the Co-Host of The Polite Society Podcast, and contributes to Kenn Blanchard’s Black Man with a Gun Podcast, and even Lock and Load Radio AND Armed American Radio.  Rob writes his own Blog, titled Slowfacts, and was clever enough to grab up the WordPress site: Everytown For Gun Safety!  And if all that weren’t enough…he is LITERALLY a Nuclear Engineer.

On today’s show, we discuss with Rob, Media Bias and how that affects us inside the US but also how it causes us to be viewed across the globe.  Rob tells us about an interview he granted a Podcast based in the UK called “Challenging Opinions“, and how slanted the interviewer’s “beliefs” were.  How are those opinions are formed?  How certain Journalists engage in activism through their “news” articles and twist a phrase, omit a detail, and so forth to paint reality the way THEY see it…and what a disservice that ultimately is to all of us.