New Year’s Resolution: How to Walk Away – and Toward A Better America 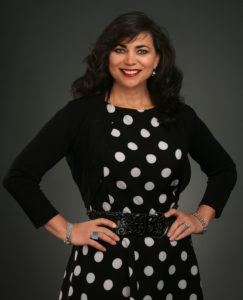 January is the month that helps us to stop for a few moments and reflect on our lives. We glance back at the previous twelve months and look ahead at the coming year. We make New Year’s Resolutions and promise to not only walk away from old habits, but also to walk toward the promise of new behaviors and better versions of ourselves.

One of my friends, Dinah Rowland, shared with us on EP136 of Gun Freedom Radio that she recently had experienced this kind of powerful resolve. And, unlike many of the fleeting promises we make to ourselves, Dinah has experienced a true awakening about her responsibilities as a Citizen of our great nation.

Dinah and I met as classmates while we were both enrolled in our Master’s Degree Programs in Counseling and Organizational Leadership, respectively, at The Townsend Institute at Concordia University. The core of our studies at TI were based in what TI calls the Competence & Character model, “…founded on two principles: your Competence – increasing your skills, strengths and expertise; and your Character – those internal abilities that you’ll need to excel at work and in relationships.” For Dinah, her time spent learning and growing in these areas, as well as interacting with fellow students and the variety of individual life experiences those encounters offered, caused her to realize that there had been much about her Civic involvement that, in the busy-ness of life, had been inadvertently overlooked and allowed to go dormant.

Once having this awakening, Dinah is now on a mission to be a positive example to her children, to her friends, and to her ever widening sphere of influence of how citizens must be informed, active, and involved in the America that our Founding Fathers envisioned for all generations.

Dinah’s is a powerful story of being an average American wife and Stay-at-Home mom who had grown disconnected from the processes of voting and having a say in the way our nation is run, to being energized and engaged by the #WalkAway campaign and movement sweeping America in 2018 and beyond.

However, Dinah’s Walk-Away and Walk-Toward is unique in many ways.

As a Stay-at-Home mom of four boys, ages 5 to 15 years old, and Home-Schooler of one of her boys, Dinah understood the importance of teaching future generations important life lessons. However, she had confined her ideas of teaching others to simply those who lived in her home. Not realizing that other citizens are as hungry for knowledge and wisdom as she herself had become. In her words, “(My) heart leaped when I discovered the #WalkAway campaign which is an awakening happening across this country through the most diverse group of people from all walks of life”. As Dinah began seeking even more information about how to connect with others, she attended the ‘#WalkAway March on Washington D.C.’ in October of 2018 to see the movement first hand and to support those who have also experienced an awakening in their own lives. This helped her to not only find her voice, but also helped to define for her how she was similar and different from the other voices in the March.

Here, in her own words, is Dinah’s #WalkAway story:

My walkaway story is different from those who walked away from liberalism. Mine is one of walking away from cluelessness and apathy in regard to politics and then, later, the fear of speaking out. I’ve come a long way, though, and watching what is happening in our country has ignited a passion in me to take responsibility—as a citizen of this great nation and to understand the issues on a deeper level so that I can get involved in a greater way and, hopefully, inspire others to do the same. I believe that the future of our Constitutional Republic, and the freedom and greatness that she stands for, depends on Conservatives courageously waking up and stepping up! What will America look like for our children and grandchildren if we don’t stand up and if we don’t at least vote?

I walked away from being a “Closet Conservative”

I walked away from Apathy…

I walked away from expecting others to be political FOR ME…

Dinah’s story is about finding one’s voice and growing in both Character and Competence to empower her to break out of inhibitions to use that voice. Her passion is contagious and her new-found resolve is inspiring, whichever part of the Political spectrum you adhere to. Not every New Year’s Resolution will become a permanent part of our lives, but being more involved as American Citizens, and understanding that each and every one of us play a vital part in passing the baton from past generations to future ones is a Resolution I hope Dinah’s story will help you to emulate.