When the Mask Drops, By Blue Beckham 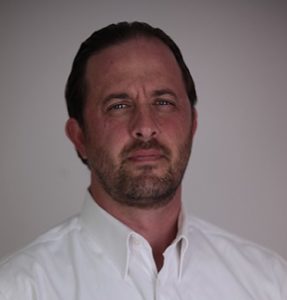 The recent midterm elections did not produce the media-hyped “Blue Wave”, but it did bring storm clouds on the horizon. The Democrats took over the peoples’ House, and the Republicans still maintain a small margin in the Senate. While losing the House is disturbing enough, the real issue is the number of far-left candidates that won. This shift to the left was immediately picked up on by Democrat incumbents.  And those new and left-shifting representatives are becoming honest about their views on natural rights as enshrined in the United States Constitution.

On May 3, 2018, Representative Eric Swalwell (D – CA15) wrote an opinion article in the USA Today arguing that the Federal government should “…ban possession of military-style semiautomatic assault weapons, we should buy back such weapons from all who choose to abide by the law, and we should criminally prosecute any who choose to defy it by keeping their weapons.” Let that sink in for a moment: Either you take the cash for your firearms or immediately become a criminal.

On November 16th, talk show host John Cardillo called out Swalwell on twitter about his views, ”…Make no mistake, Democrats want to eradicate the Second Amendment, ban and seize all guns, and have all power rest with the state. These people are dangerously obsessed with power.”

This was followed up by twitter user Joe Biggs. “So basically @RepSwalwell wants a war. Because that’s what you would get. You’re outta your f****ing mind if you think I’ll give up my rights and give the gov all the power.” That’s when the mask dropped and Swalwell doubled-down:

“And it would be a short war my friend. The government has nukes. Too many of them. But they’re legit.” – Democratic Representative Eric Swalwell

Swalwell then called for further dialogue. I don’t know about you, but I typically do not respond well to a call for dialogue after an elected official calls for nuclear war against me if I do not give up my natural rights. One does not simply go from buy-backs to nuking their opponents without a mindset that gun-owners are simply expendable deplorables.

It would be easy to think that it could never happen. That there would be no possible way for a confiscation disguised as a buy-back to become reality. It would never get past the current Senate, Trump would never sign such a bill, and it would never pass the Supreme Court as currently constituted. The problem is how quickly the calculus can change.

The newly in power House Democrats have made it perfectly clear they are going to investigate, obstruct and do everything in their power to get rid of Trump ala Lavrentiy Beria (the long-serving and ruthless secret police chief in the USSR), who famously boasted “Show me the man, and I will show you the crime.” In short, almost anything can be construed as felonious, or made felonious with a new law here and a new regulation there. Specifically, where President Trump is concerned, the Democrats have two more years to go of beating down and “resisting” the President. I would suggest the odds of them giving up their quest to find something on Trump are quite low. What happens in 2020? There are 33 Senate seats up for elections, the entire House of Representatives and the Presidency. The stakes could not be higher.

So far President Trump has been able to get two new Supreme Court Justices through to the highest court in the land. Maybe there will be a third, maybe not. Imagine however, that in 2020 the left picks up Congress and the Presidency. Would you be comfortable with the Supreme Court as the last stand for liberty? What if by chance they had two Supreme Court vacancies? If an outsider like Trump can get elected, a far-left candidate can too. It is absolutely possible that far-left candidates will dominate 2020.

Now is the time to become more vocal. We can no longer shy away from the “gun-control” debate.

Now is the time for engagement at levels of government to ensure that our voice, the voice of liberty of freedom for all citizens is heard.

It’s time to lean into uncomfortable conversations with friends, neighbors and co-workers. Its time to change the conversation from the “assault-weapon” silliness to deep and meaningful discussions of natural rights and liberty as the penalty for failure is simply too high.