What can you possibly say in 27 words? What meaningful message can be conveyed in such a brief statement?

The 27 words to which I refer are those carefully crafted and mindfully placed in a specific order to become the Second Amendment, which is part of the Bill of Rights, which are part of the Constitution of the United States of America.

The Second Amendment reads: A well regulated Militia, being necessary to the security of a free State, the right of the people to keep and bear Arms, shall not be infringed.

Beautiful in its simplicity, powerful in its timelessness, awe-inspiring in its necessity to restrict governmental over-reach, and yet fragile in its ability to be forgotten, undermined, and trampled by a generation who has little understanding of its genesis.

The Second Amendment, also know as the 2nd Amendment, or even simply as 2A is part of our Constitution of the United States of America. It is one of the first Ten Amendments, which are found in the Bill of Rights. 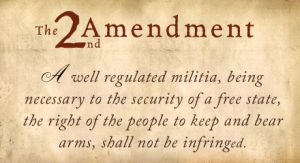 The Second Amendment: Twenty-seven Words that changed the world.

All of our nation’s founding documents are just words that wash over us… and mean nothing if we don’t understand what they were designed to do. Stick with me now and we will sort it all out in three easy steps (WARNING: you are about to learn something…you may want to turn back now!):

#1) The Constitution (I see you nodding off already…have a shot of coffee and focus). The Constitution was created to tell our Government what we-the-People wanted it to do to serve US. Somehow that has gotten all mucked up and now WE citizens often act like servants of our Government. The Constitution was originally written as seven rules or “Articles” and composed in such a way so that the average, common person could clearly understand the language and the purpose of the document. People seem to fear reading the Constitution, as though it is a lengthy and confusing literary work, when in fact it is about the length of 4 Blog posts – or 28 Tweets. The entire text of the Constitution is a mere 4,000 words long – and takes less than 20 minutes to read…yet, how many people actually do read it? Far too few, that’s how many.

It was written to put framework around what we call “The Government”.

Don’t zone out on me now… I am about to share with you the preamble…which is just a fancy way of saying the opening paragraph: 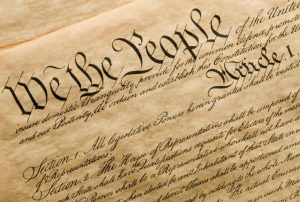 The Preamble: We the People…

We the People of the United States, in Order to form a more perfect Union, establish Justice, insure domestic Tranquility, provide for the common defense, promote the general Welfare, and secure the Blessings of Liberty to ourselves and our Posterity, do ordain and establish this Constitution for the United States of America.

We the People…(that is you and me, and our friends and neighbors)

In order to form something…what are we forming?…a more perfect union.

What do we mean by union?…joining of states under one umbrella.

How do we want this umbrella to protect us? We want it to:

Establish Justice – ok…that is as simple as making and upholding our laws.

Insure domestic Tranquility – this one is a little harder to define, but we needed a referee for any sibling rivalry between the states.

Provide for the common defense – this means to be sure we have a military force to defend our borders and our citizens, and to wage war when necessary.

Promote the general Welfare – this does not mean Government Handouts or even direct aid to any single person…it means to facilitate opportunities for people and not put up unnecessary roadblocks to opportunity in “the land of opportunity”. 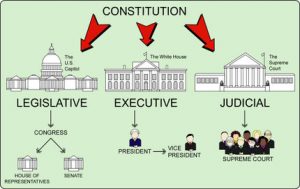 The Constitution gives us the framework for our Government.

And secure the Blessings of Liberty to ourselves and our Posterity – What is “posterity”? Just a fancy way of saying our future generations.

Nothing too hard so far right?

#2) The Bill of Rights makes sure that the citizens set and maintain certain limitations on the power and reach of the Government. The Amendments place guarantees on personal freedoms and rights (such as the freedom to practice any religion we choose), and also place clear limitations on the government’s power in judicial and other proceedings. 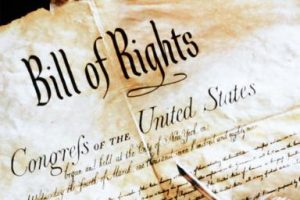 The 2nd Amendment is the provision within our Constitution; found in the Bill of Rights that limits the Government’s power over the citizens’ right to keep and bear arms…and it shall not be infringed!

Twenty-seven words stand between citizens and politicians, between the governed and Government, between civility and tyranny. Those twenty-seven words stand not as a protection to your rights, but as a restriction on the power of those who would infringe on your natural and God-given rights to life, to liberty, and to your pursuit of happiness. And the knowledge of and clarification on what our rights are makes all the difference in the world…just like those twenty-seven words have to generations of American citizens.