Exercising My Second Amendment Rights is an Investment in my Most Precious Commodity: My Life, by Cheryl Todd

Exercising My Second Amendment Rights is an Investment in my Most Precious Commodity: My Life 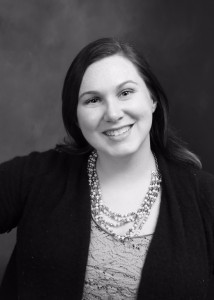 “I think one of the big things for me is: investment. I have invested time and money into myself to get where I am. For me, the second amendment is a natural fit. We have insurance for our houses, cars, health and life. I believe the 2nd Amendment is on par with life insurance that I can use now rather than my family using ‘life insurance’ once I’ve passed. I have worked hard to get a great education, worked even harder to get the jobs that I have held and I deserve to protect all the investments that I have made in me.  I believe that women should have the confidence in themselves and their abilities to know that their life is worth this investment.”

Everyone has a story. Everyone has a different view of the world. So, as I (Cheryl Todd) prepare to write a new blog article I like to toss a question out to my Facebook Friends to get some fresh perspective. Recently, I asked for feedback to the statement:

“If you support Women’s Rights you therefore necessarily should support the Second Amendment*. True or False?” 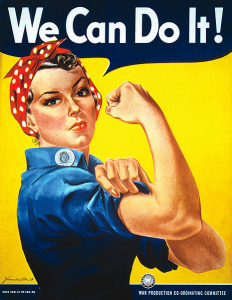 My thinking is that if the “rules” of our Political Party didn’t dictate that we choose either Women’s Rights or our Second Amendment Rights, all women would choose to exercise all of their rights. Logic dictates that if one cares about women and their right to anything then a woman’s right to self-protection and self-preservation, up to and including her right to keep and bear arms, would naturally follow.

As I posted my query I assumed I might get a mixed bag of comments from people on both sides of the Liberal Democrat / Conservative Republican debate over what constitutes “Women’s Rights”. I thought perhaps my words would rekindle the never-ending deliberation over the onus for evil actions falling on equipment versus human behavior. It has been my experience that those who dislike guns tend to be very outspoken, emotional, condescending, and somewhat mean spirited. Surprisingly though, I had very few debate-worthy replies.  But, not surprising and fairly typical, most of the comments that supported a solid connection between Women’s Rights and being responsibly armed came in the form of private messages, texts and emails.  Anything but a public declaration of an opinion on the topic of women and guns.  I realized once again how few people want to risk supporting the Second Amendment in an open forum, lest they become a target of anger and derision.  This causes me to want to speak up even louder and even more often to help give voice to and encourage those who fear retribution and shaming by people who disagree along political lines.

I was reminded of a courageous and outspoken woman, Gayle Trotter, who I have had the honor of having interviewed on the Gun Freedom Radio Show.  Gayle has testified in front of the Senate Judiciary Committee Hearing on Gun Violence on January 30, 2013, referring to Gun-Control as being anti-woman, sexist, and disproportionately victimizing women.  These are bold statements, but Gayle backed them up with specific factual events.  Gayle explained to the Senate Committee that a woman cannot fight off an attack by one larger, physically stronger male, much less a group of attackers which often happens in cases of assault.   And she refers to firearms as tools used to create a balance in power, calling guns “the great equalizers”.  I am encouraged by Gayle’s boldness, even as unfortunate as it is that simply speaking the truth is considered an act of bravery.  Which brings me back to my query on Facebook. 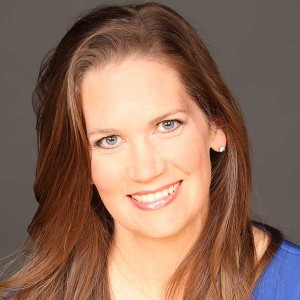 One of the replies that caught my eye was from Megan Boland.  Megan is one of the ladies who joined us in Washington, DC for the DC Project which is a gathering of women who are engaged in the Firearms Industry.  Megan Boland is an integrated communications professional who works with Department of Defense and the firearms/gear industry. While working overseas, Megan developed a more enhanced understanding of the importance of the 2nd Amendment, and sought out working in politics to preserve this right.  She has seen the political machine up close, having worked for a Member of Congress and on a Presidential campaign. Her greatest passions are her family, the Red Sox and 2nd Amendment. She likes to say her defense of the 2nd Amendment far exceeds her shooting skill set, and even so she highlights her self-described and humorously embarrassing range moments in her blog The Downrange Girl.

Because of where and how we met I knew that Megan is Pro-Rights and Pro-Second Amendment, but her answer struck a deep chord.  Megan’s reply to my Facebook post was simple, calm, logical, and universal.  Megan expressed the idea that she values the Second Amendment because she wants to protect the investment she has made into her own life. For Megan, protecting and preserving that investment includes being responsibly armed with self-defense tools – the great equalizers – firearms.

We often think of investments in terms of finances.  And philosophers view time as being our most valuable and limited resource.  But, Megan brings the idea closer to home and points out the personal and intimate nature of self-defense.  She reminds us that our very lives are in fact our most precious and finite resource. 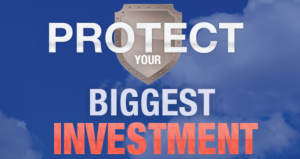 No one thinks it odd that we invest our money and we protect those investments with armed guards.  Why then do people become politically polarized, angry, and animated when the asset we choose to protect with firearms is our very life? 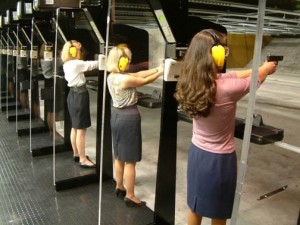 Both Megan and Gayle remind us to speak up, and in doing so, we empower others to have a voice.  These women, who value their Second Amendment Rights, understand that preserving the lives of women, and allowing women the freedom and ability to be legally and responsibly armed are indeed Women’s Rights, they are also Human Rights, and decidedly not polarizing political issues.  It is no secret that the Political Parties would like to have us all divided neatly up into camps of Democrats, who seek to diminish our Second Amendment rights, and Republicans, who embrace our right to keep and bear arms. But, self-protection is an issue that is deeply and intimately instilled in each one of us, and thankfully far more valued than any political party affiliation.  Even though many people are still timid to speak their opinion, every day more begin to realize, as Megan has, the value of their 2nd Amendment Rights in protecting the investments they have made in “Me”.

*Second Amendment: “A well regulated Militia, being necessary to the security of a free State, the right of the people to keep and bear Arms, shall not be infringed.”

Share the post "Exercising My Second Amendment Rights is an Investment in my Most Precious Commodity: My Life, by Cheryl Todd"