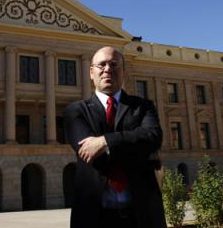 Mr. Rathner is the president of the NFA Freedom Alliance an association dedicated to the owners, dealers and manufacturers of NFA weapons.

Mr. Rathner has served as a registered lobbyist at the federal level and in more than a dozen states. He is an avid hunter, shooter, and NFA owner.

A selection of Mr. Rathner’s most significant legislative accomplishments:

Places you can find Todd Rathner