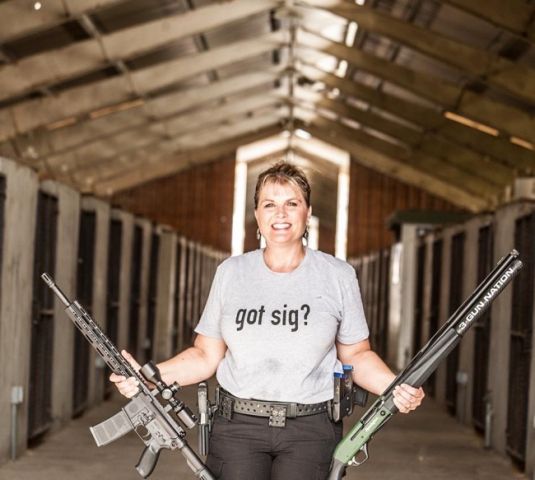 Tamara Brown wears many hats as a advocate for safe and responsible female firearms ownership and empowerment. She is a member of both The Well Armed Woman and A Girl and A Gun, she was featured as the 2016 Shooting Woman of June for Live Love Load and an advocate for their She’s Packin Heat campaign to promote safe and educated concealed carry for women. Tamara is currently ranked 178 in 3GN club series Practical division and 16th in 3GN club series Ladies division, nationally, and is classified as a 3 Gun Nation Amateur. She is a hunter: deer, hogs, turkey, and ducks and a member of the National Wild Turkey Federation (NWTF), promoting hunting and conservation. And Tamara was featured in a Women’s Outdoor News blog post titled Incorporating Firearms into your Physical Fitness Routine. 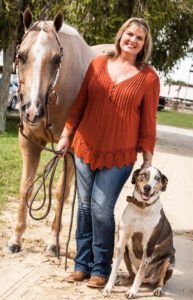 From Tamara: I’m 43, a native Floridian, grew up in the country atmosphere, learning to shoot from my Dad for defense/protection from rattlesnakes, intruders, etc. and was taught gun safety all a the same time. Always had horses so I’ve shown competitively all my life and just started shooting competitively in the last year or so. I graduated from University of Florida with my first bachelors degree and then went for a second in nursing, which is what I’ve been doing career-wise for the last 12 years.

I wanted to get more involved with guns so I joined TWAW after seeing their information on FB. I’ve been an active member of the Gainesville chapter (and a co-leader) for nearly 3 years now. I am also a member of A Girl and A Gun and we are building a new chapter in Gainesville currently. I am single, recently divorced, and have a great small country farm outside of Gainesville, FL where my horse and two dogs live with me.

Places you can find Tamara Brown