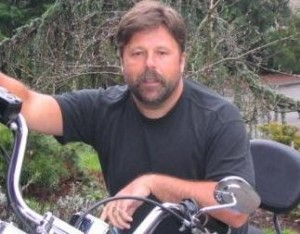 Steve Pomper is an author, freelance writer, and retired Seattle police officer. He has written several book, and his latest title is The Obama Gang: How Barack Obama, through his post-presidency foundation, assembled, launched, and wages the new assault on American law enforcement.

During his career, he served as a field training officer, on the Community Police Team, and as a mountain bike patrol coordinator.

He’s written five books, including The Obama Gang and De-Policing America, and he is a contributor to the National Police Association and a freelance writer for The Tatum Report.

He began placing political articles in online webzines and even got a thank you email from John Stossel. In 2005, Steve sold his first national article to American Iron Magazine a motorcycle publication. He’d long focused on non-fiction, primarily from a political and law enforcement perspective, but he decided to broaden his focus. Steve wrote a novel and, in early 2007, he felt it was ready to leave home. He found an agent, who, after declining the novel, asked Steve about a non-fiction project he’d mentioned in his query. The agent liked the idea and soon sold the book, Is There a Problem, Officer? A Cop’s Guide to Avoiding Traffic Tickets. The Lyon’s Press in Guilford, CT. published the book. After publishing, Is There a Problem, Officer?, Lyon’s parent imprint, the Globe-Pequot Press, contracted Steve to write two more books: Seattle Curiosities, It Happened in Seattle. His most recent books are De-Policing America: A Street Cop’s View of the Anti-Police State, released by Post Hill Press in April, 2018 and The Obama Gang, published by the National Police Association, March/April 2021.

Originally from New England, he’s a Boston sports fan. He now lives in the Pacific Northwest with his wife, Jody, a retired firefighter. He enjoys spending time with his adult kids and three grandchildren.

3315
GunFreedomRadio EP322 Is There a Problem, Officer? with Steve Pomper

Places you can find Steve Pomper