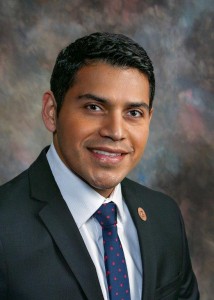 Representative Steve Montenegro was elected to the Arizona House of Representatives representing LD13 in November, 2008. He was elected by his fellow caucus members to serve as House Majority Leader for the current 52nd Legislature (2015-2016). He serves on the House Agriculture Water and Lands committee and on the Rules committee.