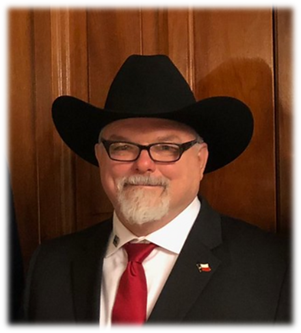 Stephen Willeford is the Hero of the Sutherland Springs Massacre.

On the morning of Sunday, November 5, 2017, Stephen Willeford performed a courageous act of faith and heroism. Alerted by his daughter that a mass shooting was occurring at the neighboring First Baptist Church in Sutherland Springs, Texas, Stephen Willeford wasted no time in response.

A native of Wilson County, Texas, Stephen was raised on a foundation of faith, family, and community. His dedication to his faith and community led him to his courageous effort to save innocent lives. Grabbing his AR-15 and a handful of rounds, Stephen embodied the “good guy with a gun” persona as he rushed to the church. Shots were still ringing in the air, and Stephen knew the harsh truth: each shot represented the life of one of his neighbors.

Stephen confronted the shooter without hesitation, shouting as he approached the place of worship to draw the shooter outside. His many hours logged at the gun range and his years of experience in gun safety helped prepare him in this response. Though his expert training and practice were used in this decisive moment, Stephen credits his faith in God for keeping him calm and focused throughout this unimaginable situation.

On that November morning, 26 lives were lost and 22 were injured in the tragic Sutherland Springs church shooting. Stephen Willeford will be the first to tell you that he stepped in and did what anyone would have done, but it was Stephen’s unique background and personal beliefs that helped him act so courageously in his effort to save his friends, neighbors, and community.

3625
GunFreedomRadio EP366 Think Like A Survivor with Stephen Willeford

Places you can find Stephen Willeford