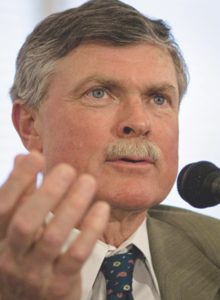 Stephen Halbrook is an attorney who has litigated and written widely on Second Amendment issues. He represented a majority of members of Congress as amici curiae in Heller v. D.C., was co-counsel for NRA in McDonald v. Chicago, and won other Supreme Court cases. A Senior Fellow with The Independent Institute, his books include The Founders’ Second Amendment, Gun Control in the Third Reich, and most recently Gun Control in Nazi-Occupied France.