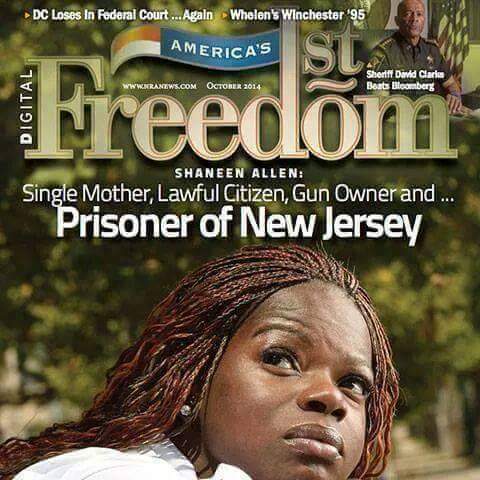 Shaneen Allen – many will recognize her name as the single mom of two who was pulled over in Atlantic County, N.J in October of 2014 for an “unsafe lane change” that could have ultimately landed her in prison for three years, for merely possessing a firearm in New Jersey.

During a routine traffic stop, Allen informed the officer that she was a resident of Pennsylvania and had a conceal carry permit in her home state. She also had a handgun in her car. Had she been in Pennsylvania, having the gun in the car would have been perfectly legal. But Allen was pulled over in New Jersey, home to some of the strictest gun control laws in the United States. 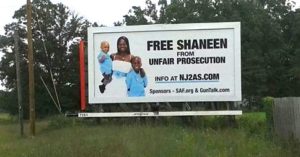 Shaneen spent 40 days in jail before she was released on bail. She was facing a felony charge that, if convicted, would have brought a three-year mandatory minimum prison term. Ms Allen was pardoned by NJ Governor, Chris Christie in April of 2015, but not before living through a harrowing six months of legal nightmares.

Now, Shaneen is actively involved as a Civil Rights, Gun Rights and Woman’s Rights Activist, empowering women to be independent and self reliant. As an inadvertent public figure, she is a vocal public speaker, advocating for firearms safety, training and public awareness of over-reaching and burdensome gun laws.

Shaneen aspires to start a Non-profit organization, in the near future. This organization will be a resource center for women to understand firearms regulations, laws and their legal options within the boundaries of the law.

Ms Allen is proud and loving, single mother of two boys from Philadelphia, where she was born and raised. While she is currently employed by the city of Philadelphia, she is also a Phlebotomist, Certified medical assistant and certified nurse’s aide.

Places you can find Shaneen Allen