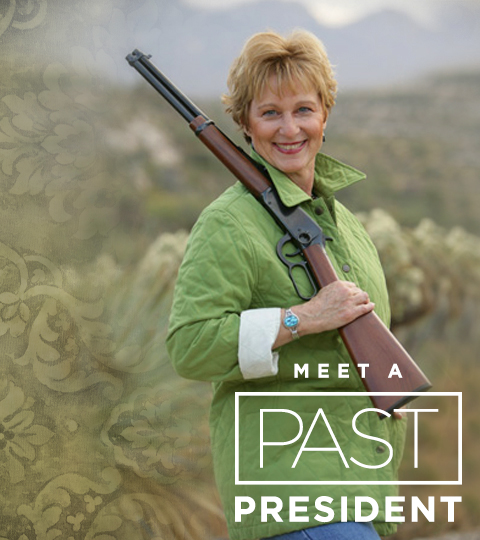 Sandy Froman is the former president of the National Rifle Association, an attorney in private civil law practice, a gun collector, hunter and Second Amendment activist.
She is only the second woman to have been elected NRA president since the NRA was founded 144 years ago.
She’s made her living as a partner in major law firms in California and Arizona and as a full-time law professor.
A native of San Francisco, she has a bachelor’s degree in economics with honors from Stanford University and a J.D. degree from Harvard Law School.
She speaks and writes on the Second Amendment, Constitutional law, women in leadership, and the Supreme Court and federal judiciary.
She’s never met a gun she didn’t like – or didn’t want to shoot.

Places you can find Sandy Froman