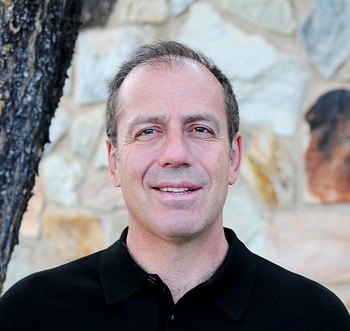 Councilman Sal DiCiccio represents District 6 on the Phoenix City Council. This is his second term with the City having previously served in the 90’s and then rejoining the Council in 2009 to present.

He is the eldest of three sons born to Italian immigrants Paul and Nicolina DiCiccio. The DiCiccios’ pursuit of the American Dream began in Youngstown in the late 1950’s where they settled in an Italian borough among whose population were many family and friends. Seeking further opportunity, the DiCiccio family moved to Phoenix in 1962 where his father worked as a laborer and his mother as a seamstress. Furthermore, Councilman DiCiccio did not speak English until the 1st grade.

Councilman DiCiccio has a demonstrated willingness to listen and forge creative solutions for all Phoenix residents. His primary goal is to prepare Phoenix, through government reform, to compete in a global economy. Fiscal accountability, job creation, and protecting neighborhoods are the Councilman’s top 3 priorities.

“DiCiccio is on a one-man crusade to uncover waste at the City of Phoenix.” -Fox 10 News

The following is an Executive Summary of the paper Councilman DiCiccio has written regarding government reform:

Government Profiting Off the Poor and the Need for Modern Government Reform
By, Sal DiCiccio
Councilman, City of Phoenix
200 West Washington Street
11th Floor
Phoenix, Arizona 85003
602-262-7491
Council.district.6@phoenix.gov
EXECUTIVE SUMMARY
Do you know what modern government corruption looks like? In order to see it, you’ll first need to let go of many of the stereotypes you hold true.
For example, many believe the government helps the poor. The truth, however, is a ruse as old as civilization: Government takes on a worthy cause, like building a school or affordable housing. After the project goes out to bid, the governmental entity selects itself as the developer. Government staff then hires their family and friends to service the contract. And when all is said and done, the project costs twice as much, is half as good, and creates permanent city staff that now must find a new project to work on to protect their jobs.
Under this model, modern day government takes a noble cause, like helping the poor, and turns it into a corrupt type of “good graft” benefiting the insiders who profit off the good will of the public.
Let me give you a real-life example. In Phoenix, local politicians approved an affordable housing apartment project for the poor on land the city already owned. The housing, which should have cost $150,000 per unit, ended up costing around $281,000 per unit for a simple apartment unit. As a comparison, the median cost of a single family home in the Phoenix is $195,000.
Around the same time, in one of the most expensive neighborhoods in Phoenix, a luxury apartment complex built and owned by the private sector was sold at a price considered the highest ever in the City of Phoenix. It had every high end finish and amenity. This luxurious apartment complex sold for $277,000 a unit- about the same as the “affordable housing” apartment complex the taxpayers were forced to pay for in the example above.
So what went wrong? The “good graft.” To start, the City of Phoenix gave itself the ability to self-select. This meant that even though there were multiple bids on the project from the private sector at about half the cost, Phoenix was able to select themselves as the developer of the project.
Phoenix could have doubled the number of affordable units for the poor by selecting one of the other bids, but instead awarded the bid to itself. They saw the opportunity to perpetuate the “good graft” model and in turn, stole from the poor. So how does a modest government project cost have such inflated costs? Where did the extra money go?
It went towards paying civil service workers to pad their budgets and increasing the power of civil service managers. It went to support salary increases for government employees. It supported dramatic increases in the pensions of managers and civil service workers to cushion their retirement years.
Working class citizens are often forced to pay their last pennies to taxes that directly fund the benefits and pensions of local city staff. Imagine, many of these working tax payers cannot afford basic health insurance for themselves, let alone a pension, but their tax dollars are used to pay for those benefits for city staff.
These Cadillac benefits were accrued over years of union negotiations with city staff and are a clear violation of the fiduciary duty city employees hold. Over the course of these public union negotiations, city staff sits across the table from union officials negotiating for more benefits and better pensions. These city employees have no incentive to say no; any benefits they approve will ultimately be given to them as well. Any pay or benefits they cut or take away during negotiations are ultimately taken from them as well. This inherent conflict creates financial instability and contributes to a structural deficit.
The City of Phoenix has over 13,000 employees with an average cost of over $110,000 per employee. You need only look at the top 50 City of Phoenix retirees to see a clear example of
government excess. The top 50 Phoenix retirees will take out over $173 million in benefits by the time they are 78 years old. Imagine the impact of 13,000 current employees at retirement age.
All these retirement and benefit plans cost time and money, and the money for these benefits must come from somewhere. This is money that should go towards servicing the poor and providing necessary city functions but instead, it goes into the pockets of city employees via their benefits.
Now that you know the truth, you have entered the government matrix. In the end, the poor are not getting the services they need and hard earned tax dollars are not going towards the projects they claim to be needed for.
For elected officials, it’s easy to simply vote no when the time comes. But it will take more than that. We must understand why the system functions in the manner it does. The answer is the “good graft.”
This problem transcends party lines. Whether Democrat or Republican, we cannot let the noble nature of the cause make us blind to the corruption of the graft. Accountability starts when politicians make the conscious decision to protect the taxpayer first and to place the needs of the poor above the needs of government staff.
© 2016 | All Rights Reserved

Places you can find Sal DiCiccio