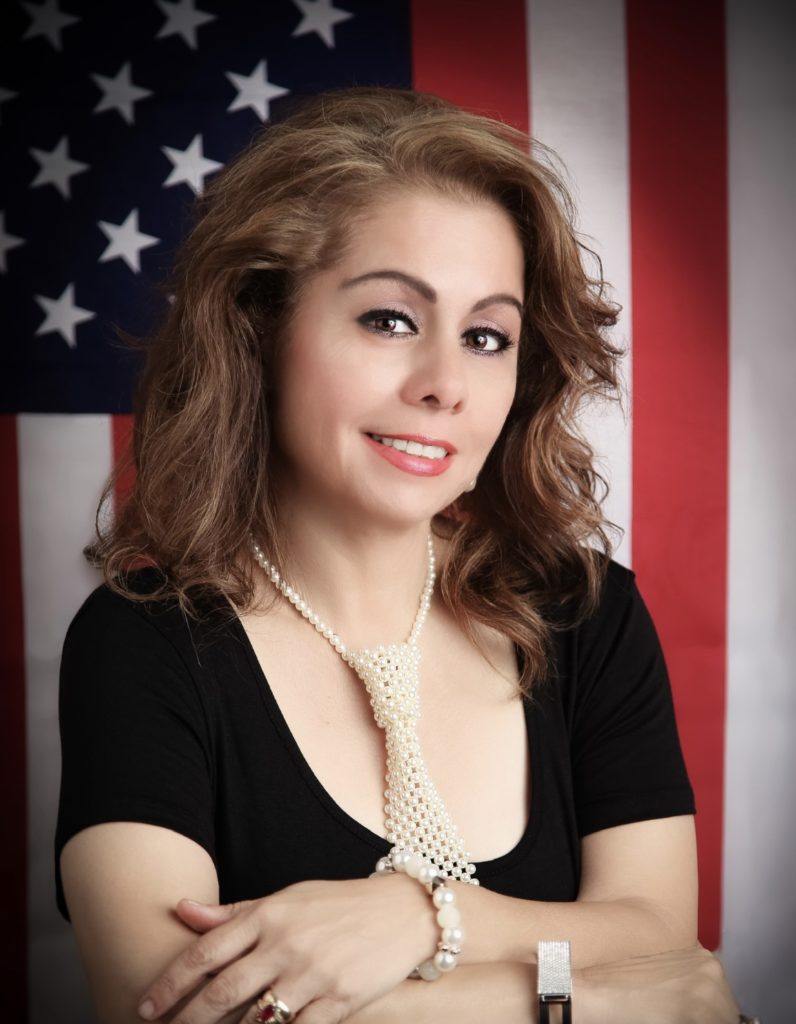 Born in Kirkuk, Iraq, immigrated to the United States in 1977 Mona and her family escaped Iraq during the ruthless regime of Saddam Hussein.  Mona speaks from the heart drawing from her own experience after escaping as a child from Iraq along with her entire family, (parents and 7 siblings). A survivor of the current Christian Genocide, she is a Radio and TV host of the Mona K Show, an Author, Speaker, and Executive Director of “Power of Three” Christian Non-profit organization, and more recently added Co-Chairwoman of the American Assyrian Republican Coalition of Arizona.  She is currently actively working to raise awareness to the plight of the persecuted Middle Eastern Christians to save them from the eminent threat of total annihilation.

Mona says, “Leaving my homeland was not by choice, but by force”.

She tells the story of her escape in her book called “LOOK BEYOND THE FIRE” the heart-rending account of the struggle to live and ultimately escape the cruel totalitarian rule of Saddam Hussein. Drawing on her own life experiences, she illustrates the anguish and the suffering of her people then and now in Iraq today– a view that is rarely seen or covered by the media. Mona offers a true glimpse inside Iraq-beyond the controversy, beyond the politics to the heart of the country, the people.

Mona sounds the alarm for a very thought provoking discussion which leaves one questioning, why aren’t we all doing more to be proactive in America?  What can we do to make sure we don’t let our country end up in the hands of socialist fanatics?

2645
GunFreedomRadio EP204 The Ameri-CAN Series: Why We Must Resist Socialism with Mona K Oshana