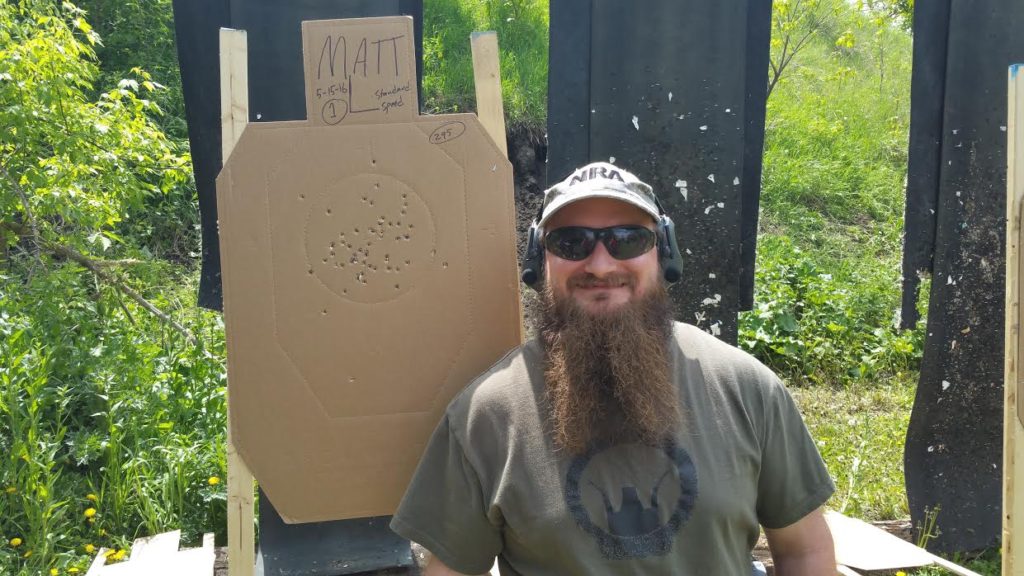 Matt Lohafer is a the cohost of the Geeks Gadgets and Guns Podcast and a designer of firearms at LFDR Research.  He is a self-described Dad, Engineer, Gun designer, Podcaster, and YouTuber.

Says Matt, “I’ve been interested in shooting since I was young, and got more serious about it when I was in college.  Since 2013 I’ve been listening to lots of gun podcasts, and then started seriously working on designing guns, and began working part time for JARD Inc. in Sheldon, IA.  I met up with Matt from Geeks Gadgets and Guns at a training class hosted by Paul Lathrop, and started co-hosting GGG, and we began posting videos on our LFD Research youtube channel not long after that.”

Places you can find Matt Lohafer