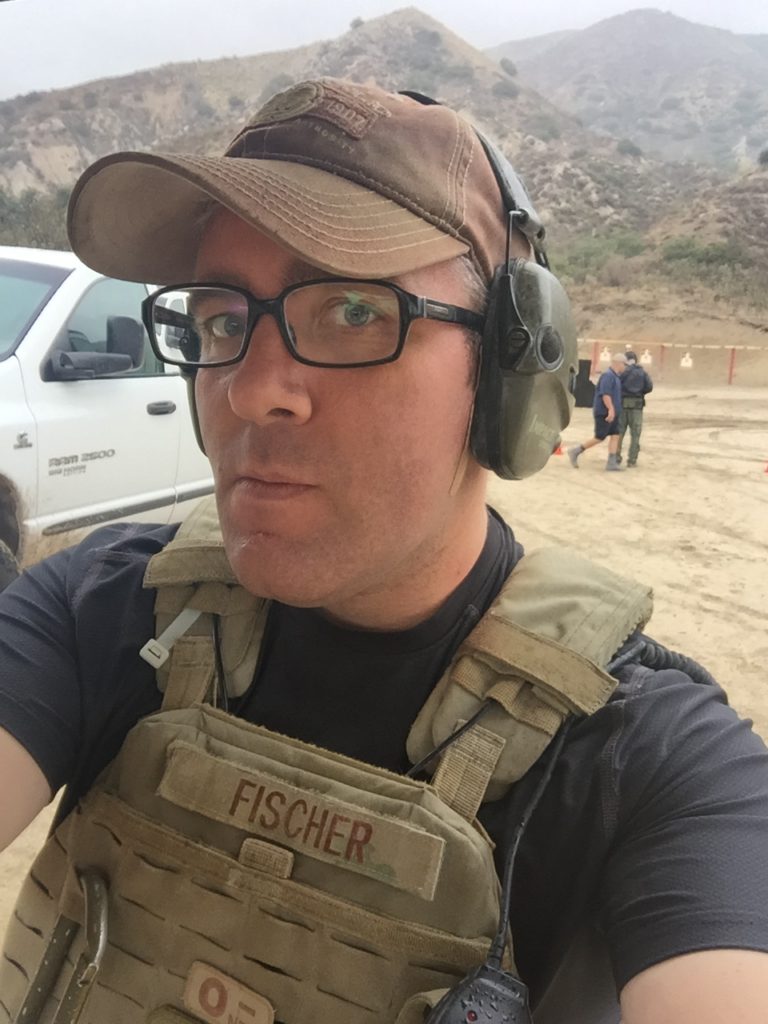 Jonathan Fischer is the founding member of the West Hollywood chapter of Pink Pistols.

The Pink Pistols are a shooting group that honors diversity and is open to all shooters. The Pink Pistols’ charter states: “We help bring new shooters into the practice and provide a fun social environment for all our members. We work to build bridges between the shooting community and other communities, such as those based on alternative sexualities. We advocate the use of lawfully-owned, lawfully-concealed firearms for the self-defense of the sexual minority community.”

“I started shooting in the Boy Scouts, so marksmanship is something that’s been ingrained in me most of my life.  I’m a northern Virginia native and I’ve lived in the Los Angeles area for 16 years. I’m employed as a freelance television editor and producer.  Among the projects on which I have worked are: Battle bots, several seasons of the Biggest Loser, and I recently wrapped an A&E series called Akil the Fugitive Hunter.

I am proud of the growth of the West Hollywood chapter of the Pink Pistols, which is one of the fastest growing chapters since the Orlando, FL massacre at the Pulse Nightclub. We started the chapter four days after the attack, we organized a shoot about a week later, and now we’re approaching 400 members on our Facebook group.”

Places you can find Jonathan Fischer