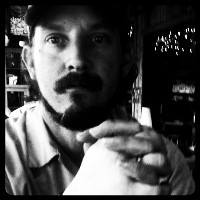 Jon Britton is the co-founder and COO of Cold Dead Hands.

Cold Dead Hands (CDH) is a website designed to Educate, Motivate, and Advocate for citizen’s Second Amendment Rights and Liberty from the bottom up rather than the top down, as our Founding Fathers had designed our Constitutional Republic to be. Focused on Founder’s Doctrine and original intent, CDH’s goal is a new American Liberty Revival, reclaiming the intended power of the the people through self reliance, self regulation and personal responsibility; the definition of self governance.

CDH has always been an unapologetic for-profit “We the People” advocacy that funds its efforts from the sale of its products, unencumbered by the government regulations and restrictions placed upon 501(c) designated special interests.

Jon joined the U.S. Air Force right out of high school, and had the opportunity to experience many different parts of the world and different cultures. Jon’s post military career path, both white collar and blue collar, allowed him to work alongside both CEOs and Average Joes. He is an avid student of human nature, American History and Philosophy. His ravenous appetite for history and “Founding Father Doctrine” led to him writing an e-book Gun Sense: Past, Present and Future. Modeled after Thomas Paine’s booklet “Common Sense” and a play on the gun control hashtag #gunsense.