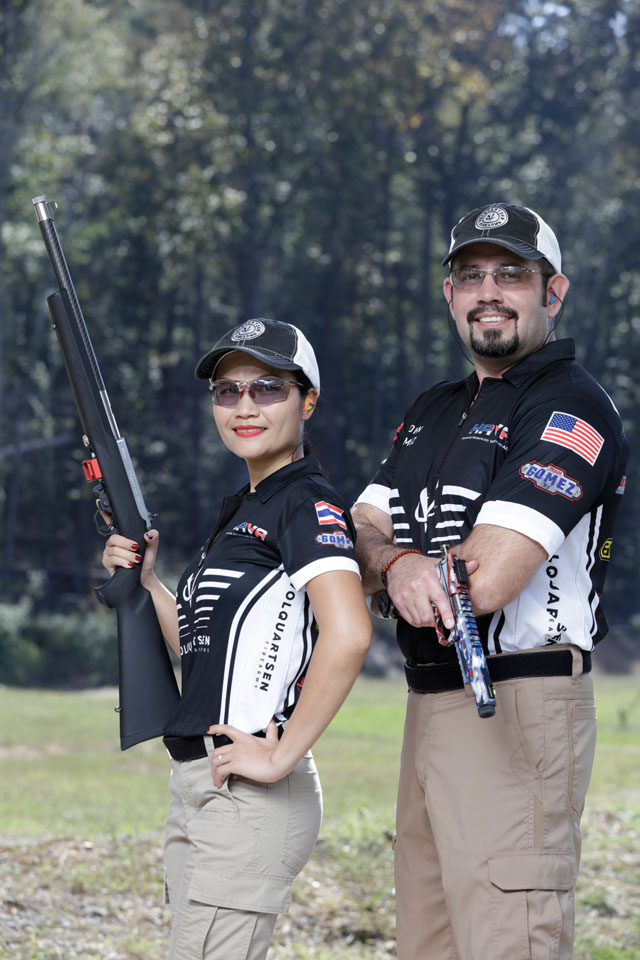 Wannitsa Gomez grew up on a farm in north Thailand and only fired a weapon once during a Thai Army recruitment visit at her school when she was 13. She was the first and only person much less a girl to willingly fire a M-16 in the whole school (300 students). Wannitsa started competing in USPSA in April 2016 and was qualified/selected for the nationals in Oct. 2016 as a lady shooter. In less then 4 months and with no formal training she has became a sponsored lady competitive shooter competing against the top shooters in the world.

John Gomez grew up in a small farming town in south Texas where he learned the values of family, community and hard work. At the age of 18 he proudly joined the US Army as his father and grand father have done before him and after his 10 years in the Army he pursued a carrier in engineering at which time he competed in his first USPSA match in 2007 for fun. During one of his many humanitarian trips to Asia and Thailand he met the most caring, honest, sweetest and most beautiful lady he has ever met! He was lucky enough that lady would become his wife in 2013.

Now, John and Wannitsa compete all over the world as one of the only Husband / Wife shooting teams around.