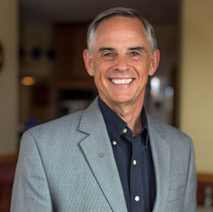 John G Miller is the author of QBQ! The Question Behind the Question, and several other titles which speak to Personal Accountability, eliminating Blame, Procrastination, and Victim Thinking.

The hosts of Gun Freedom Radio are proud to have included John’s work in Part 4 of their 4-Part Series on Conflict De-Escalation and Conflict Resolution.

John has spent his life becoming an expert in one area: his opinion. And John has one clear mission: Helping Organizations and People Practice Personal Accountability. He is the author of a number of books, including:

QBQ! The Question Behind the Question • The QBQ! Workbook • Flipping the Switch • Outstanding! 47 Ways to Make Your Organization Exceptional!

John lives in Denver, Colorado with his wife, Karen, 6 daughters, and one son … PLUS a Pug named Nug, a Shiba Inu named Mabel, one Ball Python, 7 Box turtles, an Australian lizard names Wizard, a parrot named Popeye, a horse named Roxy—and a very scared Shih Tzu!  Karen and John also have 7 grandchildren. Lastly, John serves on the Board of Directors of the Denver Rescue Mission, an organization dedicated to feeding the homeless.