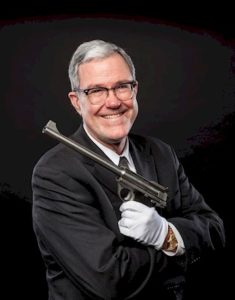 Jim Supica is the Director of the multiple NRA Museums. On television, Jim has co-hosted six seasons of NRA Gun Gurus and NRA Guns & Gold. He has also co-authored seven books and written numerous articles on firearms history and gun collecting, including regular columns for American Rifleman and Shotgun News. Previously Jim was an antique arms dealer and auctioneer, and is a former member of the NRA Board of Directors. He holds Juris Doctorate and Bachelor’s degrees from the University of Kansas.