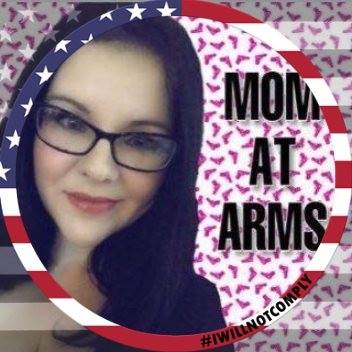 About Jill Slayton McDaniel of Mom-At-Arms

Jill Slayton McDaniel is the creator of Mom-At-Arms, a grassroots “sleuth site,” that exposes Gun Control organizations and their funding partners.

Jill is a lifelong Virginian, who grew up in a Law Enforcement & Medical Professional family, in a farming community of Southern, VA. She grew up around firearms and was taught from an early age their importance for self protection and sustainability.

When Gun Control legislation became popular in modern day society, Jill set forth on a mission to debunk the misleading propaganda behind it, so she created a new grassroots “sleuth site,” called Mom-At-Arms that exposes Gun Control organizations and their funding partners.

Her’s and her team’s work has been used in cases and articles throughout the nation. With the growing success of Mom-At-Arms in the midst of Gun Control legislation being forced upon her beloved state of Virginia, Jill joined forces with 1 Million Moms Against Gun Control, as the East Coast Lead, which later led her to taking the position of Virginia’s State Director of The DC Project. In her personal life, Jill works 40+ hours a week job like most, and is the wife to a USAF Veteran, and the mother to a sweet and rambunctious 3 year old boy.

Places you can find Jill Slayton McDaniel of Mom-At-Arms