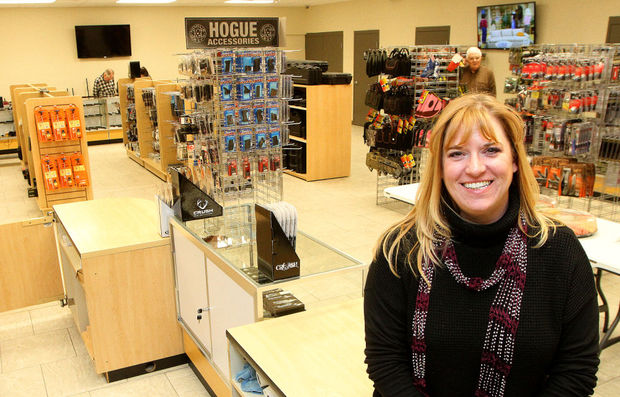 Jeanelle Westrom is the owner of Davenport Guns, LLC., a new (in 2015) 3000 square foot gun shop and classroom and the Davenport Shooting Club, a 12 lane / 50 feet indoor pistol range.   This facility is located in Davenport Iowa. Davenport Guns also holds FFL’s in two other locations allowing Jeanelle and her team to service customers in Iowa, Illinois and Ohio.

In the early 90’s Jeanelle went to work for Jim Glazier and Carl Lewis (owner of LMT and LMT Defense) at Eagle Arms in Coal Valley, Illinois for a short time.  Mark Westrom purchased the company in January, 1994.   Adding to his holdings and to the company’s history, he went on to purchase the ArmaLite trademark and combining the two brought the company back to the forefront of innovation in the AR industry.  Jeanelle remained with the company in a variety of positions from accountant, to sales manager, HR manager, and even worked short stints in the assembly, shipping, and engineering departments.  Jeanelle knows this business from the ground up.

In the late 90’s Jeanelle started competitive shooting, competing in Bianchi Cup, ICORE, IPSC, PPC, and Service Rifle, in which she still competes, in a variety of locations across the county including the prestigious Camp Perry.  She is a certified instructor and has trained both rifle and pistol shooters.

As a precursor to the opening of Davenport Guns, in 2014 She took over the ArmaLite store at Camp Perry and works with all the military teams along with as many junior teams as possible.  She states “Not being a manufacturer my prices are not as low as my competitors’, however I’ve managed to earn a profit when many much better known companies haven’t, and I attribute that to my attention to customer service and an overall service attitude.”

In January 2016, Jeanelle was selected to represent her home state of Iowa as a group of dedicated female shooters to head to DC and talk to our nations legislators.  Dubbed the “DC Project”, the first trip was in Feb of 2016, to learn the lay of the land and to let our elected officials see that the face of today’s shooter is changing, and the female market is growing.

308
GunFreedomRadio EP 30 Hr.1 The Powerful Ladies of the 2A

Places you can find Jeanelle Westrom