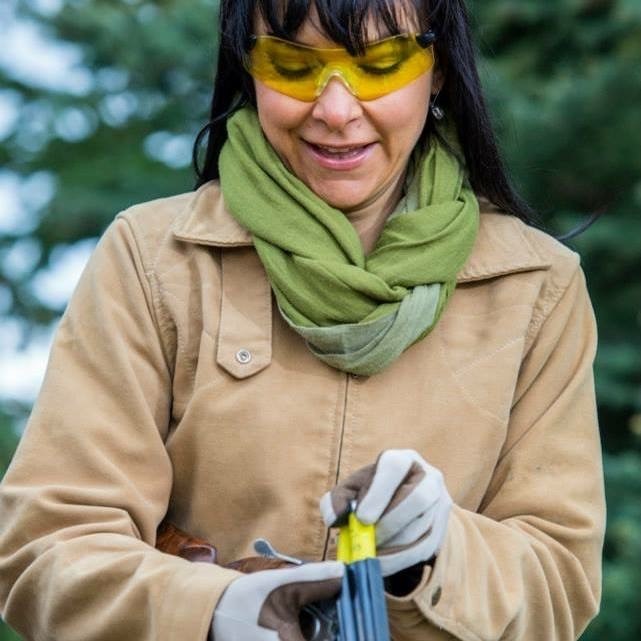 About Denean Tomlin, Founder of LadyGuns

Denean Tomlin is the Founder of LadyGuns in Alberta, Canada.

Denean is an outdoor enthusiast that loves hunting, fishing, shooting and just getting “out there”.  She grew up in western Canada on a farm in British Columbia and has now lived in Alberta for over 30 years.

Denean is a firearms instructor, a competitive shooter, a hunting mentor and the founder of LadyGuns, an organization that helps women and youth participate and become active in firearms related sports. Denean has created industry focused lady’s night programs, workshops and conferences over the last 8 years. Most recently, she has been asked to assist the Canadian University Shooting Federation with the development of programs to introduce and encourage female participation in University shooting sports across the country.

She has written articles and newsletter contributions for local clubs, been interviewed on industry podcasts and earlier this year shared the cover photo of the January edition of “Breach, Bang, Clear” Magazine for the article “The Real Women of SHOT”. Following that, Denean was also profiled in a spring edition of the WON (Women’s Outdoor News). Along with activities across Canada, Denean makes annual treks to the US and the UK to participate in shooting/hunting activities, events and shows. These have been the foundation to a better understanding of gun cultures, gun people and have led to many new friendships. A strong advocate for women in the shooting sports and an enthusiastic voice for the industry, Denean is proud to introduce people to the sport of shooting for recreation and competition, and to getting out in the great outdoors!

Denean is a mother of a young boy, is an active volunteer and has spent over a decade in her career supporting the law enforcement and defense industries. She is a strong believer in how being a good person, striving to learn new things and aiming higher lead you to living your best life. #ladygunstribe

Places you can find Denean Tomlin, Founder of LadyGuns