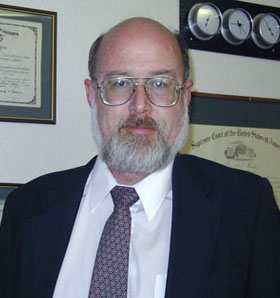 Dave Hardy, author of I’m from the Government, and I’m Here to Kill You: The Human Cost of Official Negligence (and How to Stop it, Explained by a Former Government Attorney).

David is an attorney practicing in Tucson, Arizona, and a former Associate Editor of the Arizona Law Review. Prior to returning to private practice, he spent ten years in Washington, D.C., as a career attorney in Interior Department’s Office of the Solicitor.

He has also published twenty-five law review articles, which have twice been cited by the U.S. Supreme Court, and by eleven of the thirteen U.S. Circuit Courts of Appeals.

Mr. Hardy has appeared on ABC Nightline, The O’Reilly Factor, Fox News, Court TV (twice) and on over a hundred radio programs. His investigative work on the Waco tragedy was documented in the New York Times, the Houston Chronicle, and the Dallas Morning News.